Hero in Thirty Seconds or Less

Half-Minute Hero is not a traditional RPG. Some would argue that it is not really an RPG at all, and wouldn’t be completely wrong. It would also not be wrong to say that Half-Minute Hero features a collection of puzzle games with a heavy RPG candy-coating, along with hints of other genres. Regardless, this title’s Hero 30 mode easily qualifies as an RPG, just one that takes place in bite-sized, thirty second chunks, and comes out on top as a very addictive little game.

There are four different games within Half-Minute Hero: an RPG, a real-time strategy game, a shooter, and an unlockable action game. The RPG, Hero 30, is the highlight of the game and with the largest and most fleshed out mode. It’s definitely not a typical RPG though, as each stage is set to be completed before a thirty second countdown ends. Players will venture around a world map, encounter and automatically attack enemies, and level up as they go. In each area, the hero must find a way to defeat an evil lord who is casting a spell that will destroy the world when time runs out. Equipment can be purchased in towns along with healing items, but the whole process is quick, taking little time to complete. A half-minute isn’t much time, and most quests actually do require slightly longer, so the Time Goddess is willing to help the hero out by resetting the clock for a fee which increases each time she intervenes in a stage. Hero 30 truly is as simple as it sounds, but it’s fast-paced and every bit as enslaving as playing a session of Bejeweled or some other fun flash game. 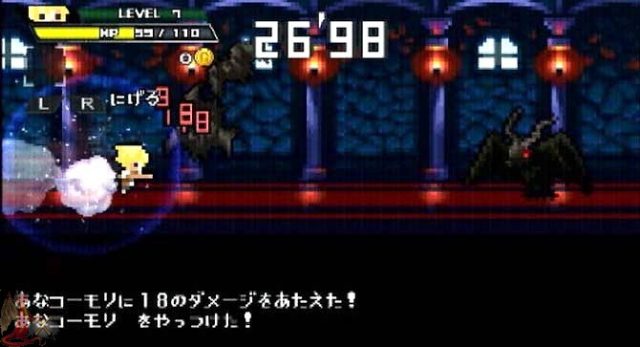 Race to the finish.

The other modes are shallower than Hero 30, but are entertaining distractions in their own right. Evil Lord 30 is a real-time strategy game with units who battle via a rock-paper-scissors style combat system during thirty second bursts. The Time Goddess returns here as well, helping to reset the clock upon payment. The only major issue of note is occasionally getting the Evil Lord stuck in the midst of a flood of units, though with care that can be avoided.

Princess 30 is a very simple shooter. The Princess travels along a straight path, shooting everything in sight and then returning to the start. She has to be back in the castle by curfew, which is always a half-minute after starting, though again this can be extended for a fee. There is little depth to this mode, but it’s a nice simple diversion from the others.

The final mode is a action game called Knight 30, where a lowly soldier must protect the Sage during the casting of a cleansing spell. The knight can fend off enemies, set up traps, or drag the Sage around, however, the Sage can only take so much damage before dying. The Knight can die over and over, as the Sage will revive him, but he needs thirty seconds of concentration to complete a stage. The combat in this mode is flimsy at best. As the Knight can pick up items and attack or trap enemies. It’s also possible to pick up the Sage and run around the stage, despite the countdown stopping while doing so. 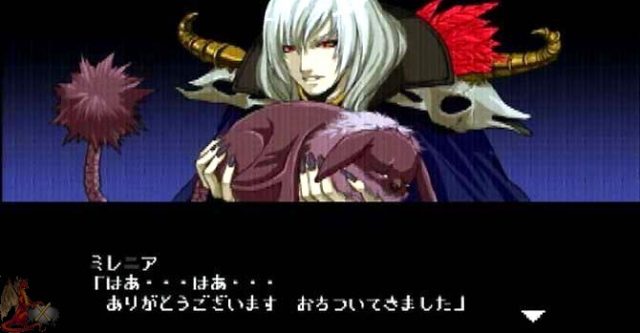 Behold the true power of a pervert.

With the simple nature of this concept, it’s tough to imagine the game having much of a story, but surprisingly it does. The plot begins with Hero 30 and continues through all three of the other modes before wrapping everything up in a final quest. An evil lord is out to destroy the world and is going around the world and across time to accomplish this goal. Nothing about the story is impressive in itself, though it is truly extraordinary how cohesive and hilarious the game is. Everything ties together well and the writing is wonderfully self-aware. The game doesn’t try to take itself seriously, making jokes and being self-referential via intentional RPG clichés. The Evil Lord, Princess, and Knight 30 quests act mostly as filler and do not show as much length and detail, though XSEED’s localization stays top notch throughout.

The visuals in the game are unsurprisingly retro, as is the soundtrack. The graphics are a throwback to classic 8-bit RPGs, though they are still enjoyable. The artwork is original and does a good job of transferring over to 2D sprites. Stages are colorful and varied enough to not get tiring. The soundtrack is retro as well, fitting well with the style of the game. There is not a huge variety in terms of music, but the compositions are still solid. The complete package is very charming, despite the fact that it looks like an older game, which is of course the point.

The only real complaint I can level against Half-Minute Hero is that it is not long enough. I don’t mean that there is not enough content to make it worth buying; there totally is. I just wanted more, so much more. This is not a game you rush through to get the ending. It’s one that you just want to play over and over. Even the lesser modes are enjoyable enough that I wanted to go back and play them again, even though I’d definitely prefer much more of the Hero mode than anything else. Half-Minute Hero is a fantastic game for anyone, not just RPGamers. I want more and I want it thirty seconds ago.