Trying Too Hard to be Serious

In the future, society has created overly large suits of armor, or wanzers (vahn-zurs), to help with multiple facets of life. One of the more infamous uses for wanzers is settling military conflict. While open war is always discouraged, skirmishes can and do break out between the major factions in the world now and then, with each side literally throwing their weight around.

Front Mission 4 starts with the destruction of multiple defense bases in Germany. The council of the E.C. quickly convenes to do what politicians do best: lay blame on someone else. Fingers are pointed at the U.C.S., and both sides start treading the path to war. Behind the scenes, the Durandal, a highly respected British research organization, is sent in to investigate. After receiving a cold shoulder from the German investigation team, they set out to find their own answers.

The story breaks here and starts over in South America. Three U.C.S. soldiers are patrolling a desolate area of Venezuela, or pretending to, anyway. A plane crashes nearby, and they decide to investigate. Inside they find a crate stuffed full of gold bars. Since the three soldiers were unhappy with their lives as soldiers already, they decide to take the crate and their wanzers and go AWOL. After all, who’s going to notice three rogue wanzers wandering aimlessly around a poverty-stricken countryside? 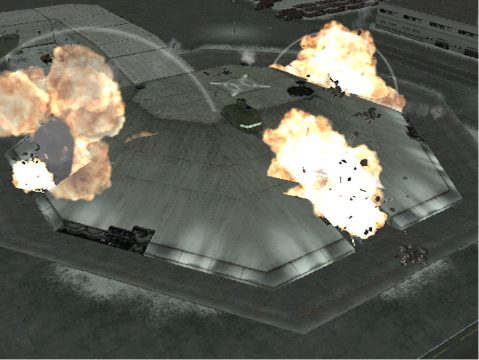 How it all starts

The plotline of Front Mission 4 bounces from one story to the other. This repeatedly disrupts the flow of the game. Each swap requires mental reorientation because the plots, characters, and resources vary. You never get a chance to become accustomed with one team or the other. There are almost always new parts to go through in the Wanzer Shop. While the addition of pre-made wanzers has the opportunity to speed up this process, in reality these wanzers are not optimized and much better ones can and should be built manually. In addition, the pilots’ skills follow a specific path, and cannot be altered from this path until well into the game. This completely locks down how your units can be customized. Sure, you can have a second rifle-toting wanzer, but good luck hitting anything with it since the pilot has no skill with a rifle.

Customization of the wanzers is also hampered by the complete lack of intelligence on the upcoming battle. One of the best defenses of the game is the ability to make the wanzer strong against fire, piercing, or impact attacks. However, this decision has to be made before the battle is started. There’s no way to see what’s coming, and make adjustments (without abusing the reset button). To the game’s credit, the one time they try to overload the map with missile launchers, there is warning, as well as an anti-missile ability tossed in, but that is the only display of battle premonition. 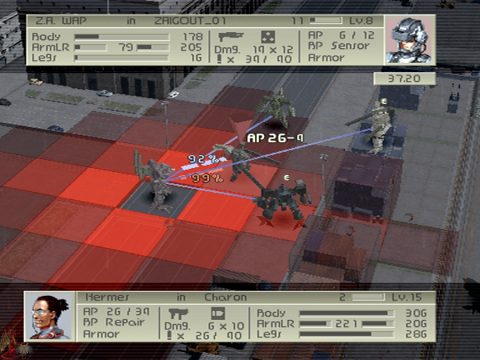 The battle system itself uses the tried and true square grid system, found in most tactical RPGs. What really makes it come alive is the addition of the Link System. During the setup, pilots use Link Points to form connections with others, either offensive or defensive. Using one point creates the link, while adding a second point will allow the other pilot’s skills to trigger as well. Each pilot can have three offensive and three defensive links, but Link Points themselves are hardly in abundance until late in the game, unless extra skill sets are purchased. Once linked, the strategy of the game finally shows itself. Using all a pilot’s Action Points (AP) with multiple linked attacks allows maximum damage per round. Taking down an enemy wanzer each round shouldn’t be too difficult once a decent amount of links are available. It’s also a thrill to see one wanzer ripped to shreds by four of your own. Just remember that they have links too.

If the battles are going well, then there’s nothing to really worry about. There will be plenty of money each time an upgrade is required. However, doing badly in battles hurts your team financially. When parts or wanzers are lost during battle and not repaired before the mission is completed, the cost to repair them is taken out from the mission payment and can even exceed it. Since there is no penalty for time spent, it’s advantageous to sit around restoring everything before taking down the final enemy. Don’t worry; if they haven’t attacked yet, they’ll continue to wait patiently.

This is only one of many ways to exploit the limited AI. If an attack doesn’t work the first five times, the enemies will just keep trying. Since the enemy will select a specific pilot as a target for missiles, it’s very easy to hide that pilot and their wanzer behind the unbreakable environments, even if only a small bush. After that, sit back and watch the projectiles fly repeatedly over the head of your unit and explode harmlessly on the ground, round after round. Rifle-toting wanzers on the other side never use focus or aim skills, but have unusually high accuracy to compensate. Preservation of AP is also a foreign concept, leaving their wanzers unable to counterattack. These are just a few examples of how to exploit the flaws of the AI to make the game’s challenge disappear. 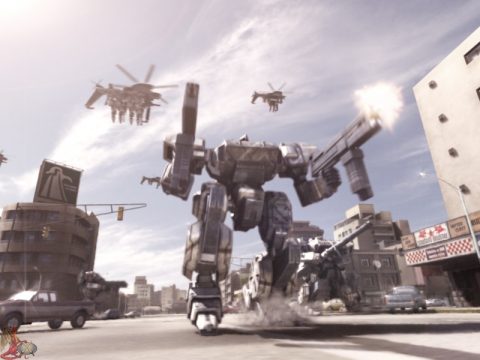 If only everything was this smooth

While working through the game, special attention should be given to the music and sounds of Front Mission 4. The sounds of battle are very well done, and help add realism to the battles. The music tracks were well thought out; strong when the story calls for boldness, soft when relaxation is more appropriate. My sole complaint is that the music changes to the same track when in the shops, the simulator menus, or pilot setup. It would have been smoother to leave the music the same while in these areas.

The voice acting is also top-notch. Square Enix carefully used voice actors with accurate accents to represent their respective cultures, while making sure that the English was clear and understandable. Each actor also brings a full set of emotions to their character. Not only do the characters sound well solo, but the conversations flow smoothly. Never is there a tone mismatch, or a character sounding detached from the dialogue or the situation.

The lack of variety in the gameplay is what truly brings Front Mission 4 down. There is no variety in mission objectives, unless a team has something to protect. Military games are fun when they last about 20 minutes. When they last for many hours, they can become a chore. Many strategy games suffer from this problem, but none quite as heavily as Front Mission 4. Fans of the series should at least try it out. As for others, there are a multitude of tactical titles out there that are more enjoyable.