What’s the Latest Way That a Man Can Die in the Dragon Age?

BioWare makes great games; I don’t think this is something that can be disputed. In recent years, their traditional, Dungeons & Dragons-based PC RPGs have been giving way to more modern experiments such as Jade Empire, Mass Effect, and the entirely unexpected Sonic Chronicles: The Dark Brotherhood. Of course, it was just a matter of time before they returned to their roots, and while Dragon Age: Origins may not be based on Wizards of the Coast’s tabletop franchise, it was very clearly inspired by it. It is a high-fantasy adventure that is first and foremost a true roleplaying experience.

Dragon Age takes place in the country of Ferelden, a typical European-style fantasy setting loosely inspired by medieval Great Britain, and surrounded by several other countries that take inspirations from France, Spain, and other areas of Europe. One of Dragon Age‘s greatest strengths is how detailed and thoroughly realized the world is. Although the game never leaves Ferelden’s borders, characters and stories from Orlais and Antiva regularly weave their way into the tale, and the game’s history spans centuries of detail, including past wars, uprisings, and political events. There is a full-blown religion, several different social structures among the country’s different races, and an enormous history of magic that binds the entire world together.

The plot is solid, and a terrific cast of party members keeps it constantly enjoyable. Hailing from one of six distinct origins, your character is inducted into a protective order called the Grey Wardens, who are dedicated to fighting the darkspawn, a ravaging horde of monstrous creatures hell-bent on destroying the world bit by bit. A unified front against the threat ends in disaster as the power-hungry Teyrn Loghain abandons the battlefield, leaving the Grey Wardens and the king to die and taking the throne for himself. Along with fellow Grey Warden Alistair, you must unite the peoples of Ferelden against a common foe, remove Loghain from the throne, and stop the blight before it devours the country.

BioWare games always focus heavily on player choice, particularly in the dialogue, and Dragon Age is no exception. In fact, Dragon Age‘s dialogue options go above and beyond what we’ve come to expect from the developer. In any given conversation, there are speech choices that come off as hostile, goofy, sarcastic, comforting, worried… nearly every tone imaginable, and the reactions NPCs give to them are always authentic. BioWare has also long been a proprietor of morality systems, but Dragon Age again goes beyond what we’ve come to expect. Rather than a simple black and white morality system governing your actions, each character in your party has his own that you must juggle like a balancing act. Everything you say and do may be approved by one character while disliked by another. For example, Leliana is a former member of the clergy and likes to help people, while Morrigan has lived her whole life isolated and considers it a waste of time that could be better spent fighting the blight. Choosing to help someone in need will meet with approval from Leliana and disapproval from Morrigan. Likewise, choosing to ignore it will result in the opposite. 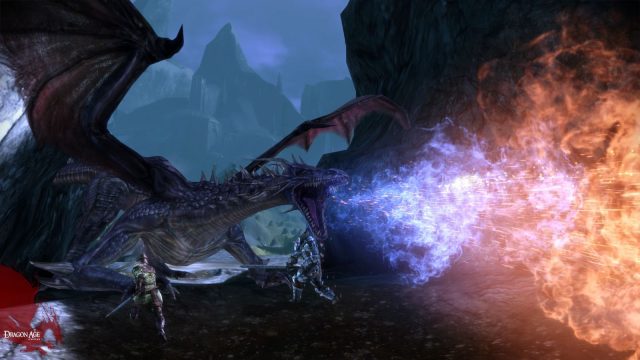 To add a sense of danger to the events, if a character disapproves enough of your actions, they may leave the party, and some actions go so far against their own beliefs that they may turn on and attack you on the spot. You can bolster your relationship, however, by giving them gifts or talking to them while in camp about their lives before the adventure. Your actions also only affect the characters that are currently in your party, so assembling a group of like-minded individuals can go a long way to creating a successful party.

Although no voice acting exists for your own character, every other character in the game is fully voiced, and voiced well. By default there are no subtitles for the speech, but this can actually be a nuisance in certain areas of the game. A few small sections involve solving riddles, and some of the accents used by the voice actors are quite thick and difficult to decipher. Further, occasionally a bug in the game will cause the voice acting to cut out completely, leaving you in the dark about what has just been said. The option to turn them on exists in the game options, but it should have been enabled by default with the audio bug present. As for the rest of the audio, it is equally terrific. The score, in particular, has the epic scope of the Lord of the Rings movies (and in fact some of the pieces bear a certain resemblance to segments of the film’s music).

While Dragon Age offers up a terrific role-playing experience, it’s actual gameplay mechanics are surprisingly hit and miss. That isn’t to say that anything stands out as particularly bad, but the entire combat system feels clumsy and stiff. Players take control of a four-character party led by their customized hero, and can move around in realtime, pausing combat to select special attacks or making use of six available hotkey slots. The uncontrolled characters are governed by a combination of basic AI and a set of customizable tactics similar to Final Fantasy XII‘s gambit system. Players can also switch between characters, taking direct control of other party members as necessary in battle. For those familiar with BioWare’s other RPGs, this style of combat was common in their earlier fantasy games, and the entire thing feels rather old. It’s enjoyable in its own right, but it’s nothing we haven’t seen before, and it’s vastly overshadowed by the advances the game brings to roleplaying and storytelling.

The gameplay isn’t without its highlights, though. The character customization is excellent, providing several possible skill and ability sets for each of the game’s three classes, allowing the player to customize each character based on preferred weapon or spell-schools. As the game advances, each character can also learn two specializations from a set of four for each class, providing a new group of abilities that can drastically alter how the character plays. For example, mages can learn to become shapeshifters, turning them into an adaptable melee offense, or they could become a spirit healer, learning advanced healing magic. Warriors can become templars, characters adept at slaying mages, or champions, natural leaders in battle. Rogues can become assassins to strike from the shadows, or bards to take the spotlight and support the party with magical songs. Thanks to the specializations and large quantity of abilities to learn, each character ends up being unique, even those sharing the same base class. It proves to be an interesting way to handle character development; while a mere three classes in most games of this nature generally feels lackluster, it works brilliantly in Dragon Age. 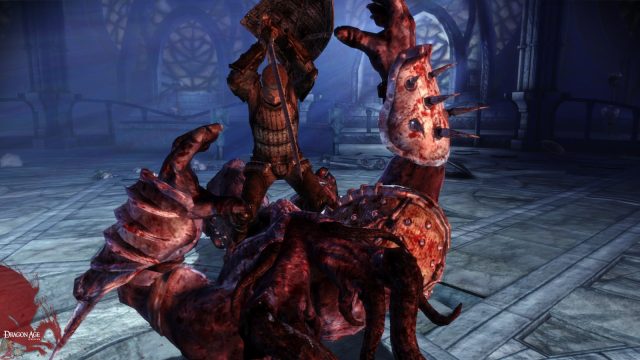 One irritation with the specializations is that they need to be discovered before they can be learned. Unfortunately, many of these specializations probably won’t be discovered until fairly late in the game, depending on the order one visits each major location, meaning that players will be stuck sitting on specialization points until the one they want becomes available. It’s even possible to completely miss certain specialties altogether if the right choices aren’t made. While finding these specializations does provide some interesting segments of lore and story, from a gameplay standpoint it can be a bit frustrating.

Dragon Age‘s graphics are also quite good, but not amazing in any respect. On a technical level, they’re nothing to gawk at, but artistically they’re quite attractive. The character models are excellent, and a step above what was seen in Mass Effect, particularly the hair which no longer looks like a plastic hat. The animations are terrific, particularly the finishing assaults characters will sometimes do to larger opponents, leaping on top of them and killing them in as epic a manner as possible, in slow motion none the less. My favorite aspect of the visuals, however, was the screen-stretching filter used in the Fade sequences within the game, creating a truly dream-like atmosphere. It was a simple effect, but one that really stood out. Unfortunately, the game is also plagued with lengthy load times.

The game can be incredibly violent at times, and while normally I’m a huge fan of over-the-top violence, in Dragon Age it just doesn’t seem appropriate. Mainly, it’s the blood spatter that bothers me. Once a battle ends, characters who fought wind up covered from head to toe in drops of blood. It’s an interesting idea, but one that feels more hokey than anything else; a cheap attempt to appeal to the violent mainstream crowd that plays first person shooters and action games. It doesn’t really add anything to the game and actually becomes a distraction.

I had a lot of fun with Dragon Age: Origins, but it was almost entirely for the roleplaying to be found, and it’s to people seeking a roleplaying experience that I would most recommend the title. The game provides multiple difficulty levels, although the normal difficulty should provide a decent challenge for most players, aside from a few areas where it spikes. Dragon Age: Origins is a decent game wrapped in a truly exceptional story, providing a great overall experience. If you’re looking for a gripping story to interact with, Dragon Age is definitely a title to pick up, but those whose primary concern is combat might want to wait for Mass Effect 2.