Back in 2009, RPGamers were in an uproar over the localization errors that appeared in Ar tonelico II: Melody of Metafalica. There were massive game breaking bugs, scripting errors, you name it. Flash forward to last year when NIS America announced that it would be localizing the next game in the series, Ar tonelico Qoga: Knell of Ar Ciel. Fans have been worried about a repeat, buggy performance, so how has Ar tonelico Qoga turned out?

Players assume the role of Aoto, a lazy, destined for nothing hero who hears an attack outside of his house by the invading Clustanian army. The army is in hot pursuit of a young Reyvateil named Saki. Deciding to be a real hero for a change, Aoto helps Saki escape. Along the way, Aoto gains the help of Tatsumi, a V-board star with a twist, Hikari Gojo, a Reyvatologist, and Finnel, a perky, if clumsy Reyvateil with a dark secret. Both Finnel and Saki carry a unique bond that grants them multiple personalities within their bodies, a secret which three different armies wish to use to give them an upper hand during the war. Realizing that this secret has the potential to be used for evil, Aoto vows to protect and cure Finnel and Saki even if it costs him his life.

While the story is presented with a somewhat serious tone, there’s a lot of humor that makes Qoga shine. The game’s story has a strong balance between comedy and tragedy. The localization sports NIS America’s laugh-out-loud dialogue, but unlike the previous Ar tonelico games, Qoga may have the most morbid sense of humor of all. The game also showcases sexual innuendos a-plenty, though these jokes may or may not be funny depending on one’s sense of humor. On the flipside, when Qoga reverts to a more serious story, the plot is dark, sinister, and even creepy, which gives the narrative far more depth than some may give it credit for. Players will grow to care for Finnel and Saki’s situation, and, like Aoto, will want to help them see their mission through, even if it means witnessing things that are uncomfortable. 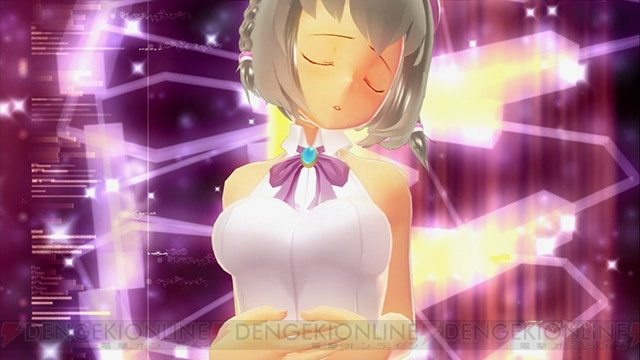 I know you want to touch me.

While the story is well-balanced and perfectly paced, it features one main problem. The game has multiple endings, and while that itself is not an issue, the fact that it is possible to miss out on a huge chunk of story if certain unspecified tasks are not completed. In particular, one timed battle, that doesn’t even have a visible timer, acts as a point of no return. If one fails to win this battle within the secret time limit, then game’s true ending cannot be accessed. It’s easy to hit the point of no return without realizing it and miss the chance to play the game’s final chapter. The requirements to obtain the final phase are opaque, and a FAQ may need to be consulted to find out how to obtain different endings, or simply to progress to the final phase. Without any prior knowledge that alternative endings exist, players will be treated to a very weak wrap-up, with no hint of how to achieve a better ending. Fortunately, once the game has been cleared, players can restart the game at various points, meaning it is possible to obtain the other endings without having to restart the game fully.

Combat in Qoga has received a major overhaul. In prior games, the combat was turn-based, allowing players to input each character’s move manually. Qoga decides to reinvent the wheel with its new R.A.H system, a real-time battle system that will have players working to the beat. Players take control of one of the vanguard attackers in an attempt to protect the Reyvateil, while the other two attacks are controlled by the game’s decent AI. As the Reyvateil sings, waves on the Harmograph will rise and fall along to the beat of the song magic. If the graph is hitting high waves, the player’s attack power increases. The more high waves hit, the higher the frequency for the Reyvateil to Purge in combat. Purging is performed by holding L1, L2, R1, R2 and shaking the controller. When a Reyvateil Purges, she strips away layers of clothing and is able to provide bonuses to the combat such as increasing attack, defense, or protecting the party from status ailments. The more times the Reyvateil Purges, the less clothing she has. By Purging at higher levels, the Reyvateil can perform a high level attack called a Flipsphere which can do tons of damage.

There’s a lot to process when discussing the R.A.H system, but it’s actually a fairly easy system to adapt to in practice. It makes combat a frantic and fast experience, keeping players on their toes. While some see only being able to control one character a drawback, the AI in this game is excellent, meaning the only tasks the player must really focus on are keeping their health high, and making sure that the Reyvateil is safe. The one main issue with the combat is how precise players have to be when Purging. If the Reyvateil’s burst level is not high enough to Purge more layers of clothing at once, she’ll simply attack and the Burst percentage is lost. Also, shaking the controller only works well if it’s done at the precise moment, and one needs to shake hard enough for it to register the Purge. Sometimes it works quite well, and sometimes it works when it feels like it.

Many of Ar tonelico‘s staples have returned in Qoga, the fan favourite being the Cosmospheres. Diving into a Reyvateil’s Cosmosphere allows Aoto to get to know each girl and become intimately involved in her thought process, as well as craft powerful Song Magic. When diving into a Reyvateil one must have sufficient Dive Points, because as each Cosmosphere progresses, event costs increase. Cosmospheres allow players to make difficult decisions as to which girl Aoto ends up with, and they factor into which ending players will receive as well. The game also brings back the easy-to-use crafting system, which is integral to creating the best items in the game, as well as many of the vanguard supermoves. 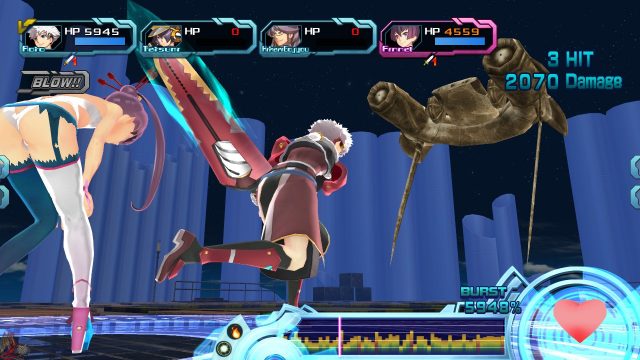 The Ar tonelico games have always focused on having a strong musical score to accompany the game, and Qoga does not disappoint in this department. There’s tons of variety in the instrumentation, and the vocal pieces are hauntingly beautiful, and fit the overall atmosphere perfectly. The voice acting on the other hand is a bit hit-or-miss, as certain characters such as Saki and Aoto are very over-acted, while other characters such as Finnel and Tatsumi sound perfect. Saki’s overuse of third-person can be especially grating, especially compared to Finnel who sounds sweet and clumsy without sounding like she’s a child. Those who dislike the English voice work will be happy to know that they can switch the voice acting over to the Japanese voice track.

Visually, the game is a mixed bag, especially when compared to Gust’s previous project, Atelier Rorona. Qoga‘s visuals, although vibrant and colourful, lack the crispness of Atelier Rorona, with inconsistent quality. The still art is gorgeous, with an immense amount of detail that doesn’t tranlate well to the 3D models. Ar tonelico Qoga takes roughly twenty hours to complete, though additional time can be added to the playthrough depending on how much of the content players are able to complete. The game’s difficultly is also adjustable on the fly, making Qoga very accessible to gamers of all different backgrounds.

Ar tonelico Qoga is a worthy finale to the series… providing you can find the true ending, of course. Its strengths are many, and NIS America has done its best to keep a polished localization. I only encountered one major bug within my playthrough, which was an infinite loading glitch. Ar tonelico Qoga has so much to offer gamers in terms of a fast and frantic combat system, likable characters, and an amazing soundtrack. The game has tons of charm, and should please veterans of the series, while potentially enticing newcomers. It’s not a perfect game, but it shouldn’t be overlooked by those seeking a fun combat system and engaging story experience.