Welcome to RPGamer’s new release round-up. In this column we look to provide our readers with details on all of the RPGs released over the week. Please note we do not currently include Early Access releases.

Divinity: Original Sin II is a distant sequel to 2014’s Divinity: Original Sin, with both games being funded through Kickstarter. Original Sin II puts players in the role of a Sourcerer on a quest to become the next Divine after the gods have abandoned the land of Rivellon. The iPad version includes all available DLC and two-player local co-op as well as cross-play with PC and Mac and cross-save with Mac. 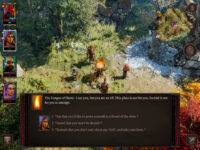 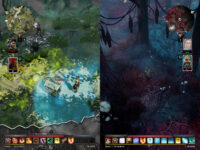 Miitopia is a game where the player and their friends’ Miis can fill the roles of all the characters as the party attempts to defeat the Dark Lord. During the game the Miis can build relationships with each other that can affect the gameplay. A demo is available to download from the Nintendo eShop, with save progress able to be carried over to the full game.

Rise of the Slime

Deckbuilding roguelike Rise of the Slime sees players controlling a lowly slime on an unlikely rise to the top in a side-scrolling adventure. Players build up a deck of over 100 potential cards as they avoid dangers including falling rocks and pit spikes, and can utilise hats and pets to help them.

void tRrLM(); //Void Terrarium is set in a world contaminated by toxic fungi, with players following the last known human, a girl named Toriko, and her helper robot. Players are tasked with maintaining their isolated “Terrarium” environment and protecting it from being taken over by the fungi. The PlayStation 5 version adds new outfit options for Toriko, as well as additional illnesses and new terrarium actions. Those looking to read more about the game can check out RPGamer’s Deep Look of the Nintendo Switch version.