It’s a solid roguelike, but the roguelike nature overrides nearly all of its potentially more interesting elements.

void tRrLM(); //Void Terrarium is a roguelike from Nippon Ichi Software and the director of A Rose in the Twilight and htoL#NiQ: The Firefly Diary. Giving players the interesting premise of attempting to look after the last known human in a ruined world taken over by toxic fungi, its first impressions are strong. But ultimately, it ends up as a solid roguelike, with that nature overriding nearly all of its potentially more interesting elements.

The game’s story offers some interest at the start. Players control a helper robot, nicknamed Robbie, that sparks to life in a scrapyard. After wandering for a short while, Robbie comes across a computer that houses the factoryAI. The AI explains the current situation: a toxic fungus invaded the world, causing humanity to retreat underground, using machines to burrow out livable areas. FactoryAI was part of the system, but something caused it to turn and wipe out the remaining people, feeling guilty over that action ever since. Robbie’s discovery of a living human girl, named Toriko, gives Robbie and factoryAI a purpose as they try to cultivate an environment where she can survive. 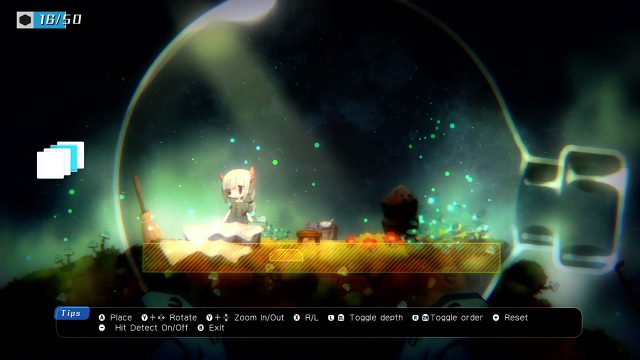 Designing the terrarium doesn’t appear to have any impact on the game, but who wouldn’t want to make Toriko’s home as nice as they can?

As factoryAI is stuck in an immobile computer and Toriko will die outside of her terrarium, it falls on Robbie to collect resources needed for Toriko to survive and craft what she needs. To do this, Robbie ventures out into facilities overrun with hostiles, looking for the required items and resources. Once Robbie completes the dungeon or, more likely, is defeated, they are returned to the scrapyard with any items on them at that time converted into generic resources for crafting. Robbie can also pick up special items needed for crafting as well as new recipes. Crafting also serves to give Robbie some permanent progression, with the first time any new item is crafted giving Robbie a bonus that carries over throughout the game.

void tRrLM(); //Void Terrarium most looks to differentiate itself with Tamagotchi-like elements regarding taking care of Toriko. Every now and then she will need food or her terrarium cleaned. She may also contract diseases or other health problems that Robbie will need to deal with, such as eating too much contaminated food, with Robbie usually required to craft whatever item resolves that state. It ends up being more a side show than anything, however, as maintaining Toriko’s health isn’t particularly challenging. So the game simply become a case of cycling through runs, hoping to meet the current story objective so one can move on to the next one, with only occasional check-ins on her really needed.

Combat in void tRrLM(); //Void Terrarium is full roguelike; each movement or action is met with an action or movement from all enemies. In each run Robbie starts out at level one, earning experience points and levelling up by defeating enemies. At each level up, Robbie is given a choice in upgrades. The available options are partially manipulable by giving Robbie a class build, as well as stopping certain upgrades from appearing, but otherwise random. Though there is definite strategy in this choices, ultimately there is always a reliance on luck as some upgrades are miles more useful than others — particularly any that help with healing. In addition to health, Robbie also needs to keep an eye on his energy levels, though energy-replenishing batteries are usually in decent supply. The combat is just what one would expect from a true roguelike, strongly implemented but lacking any wow factor. 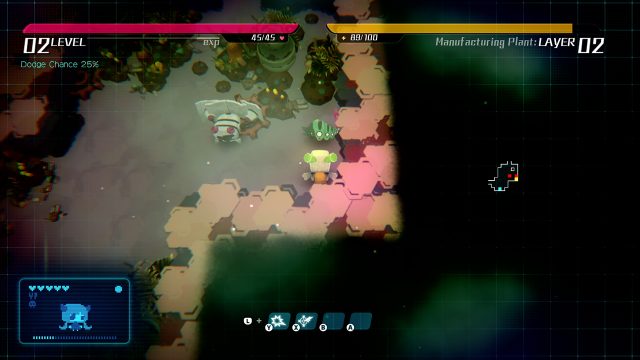 One of the ever-decreasing percentage of games labelled roguelike with actual roguelike combat.

The game makes a strong first impression, with its art style working well, and the music being surprisingly catchy. Gameplay is nice and engaging at the start, moving along fairly quickly. However, its roguelike nature soon dominates over everything else of interest, particularly when it requires players to go through lengthy runs to advance the plot, which can very easily be ended by misfortune. The story also doesn’t offer anything outside of its primary premise and a few moments of heartwarming hope. It does the job of giving players reason to go out into dungeons, but little else.

void tRrLM(); //Void Terrarium is absolutely a solid roguelike. Those looking for such a game will find it meets their needs, but shouldn’t expect anything more as its attempts at offering a more compelling experience get drowned out.

Disclosure: This review is based on a free copy of the game provided by the publisher