Rune Factory 5 is proving to be as polished a game as its immediate Switch predecessor and seems to be more of what Rune Factory fans have hoped it will be.

Releasing on the Nintendo 3DS way back in July of 2012 in Japan, Rune Factory 4 was the last Rune Factory title developed by Neverland, who would cease operations and file for bankruptcy a year later. I was devastated, as I thought I’d never see another new Rune Factory game. Sometimes miracles happen though, and a few years ago it was announced that Marvelous would be picking up the series again. In 2020, the West got Rune Factory 4 Special on Switch with Rune Factory 5 coming next month. I was able to get a couple hours of preview gameplay in this past week, and I can happily report that the series is as good as ever!

Rune Factory 5 doesn’t stray far from its series roots. Players take on the role of an amnesiac hero or heroine immediately thrust into battle to protect a young child, Hina, from a monster attack. Upon successfully rescuing her, the hero collapses and is rushed back to the town of Rigbarth and SEED headquarters to recuperate. Hina’s father, Murakumo, is extremely happy Hina was rescued. With his support, that of SEED field captain Livia, and the blessing of her mysterious soulsphere, the hero is given free room and board above SEED headquarters and a job as SEED ranger. Since SEED is an organization dedicated to helping people, this means filling lots of townspeople’s requests, defeating monsters, and, of course, raising a great deal of crops. 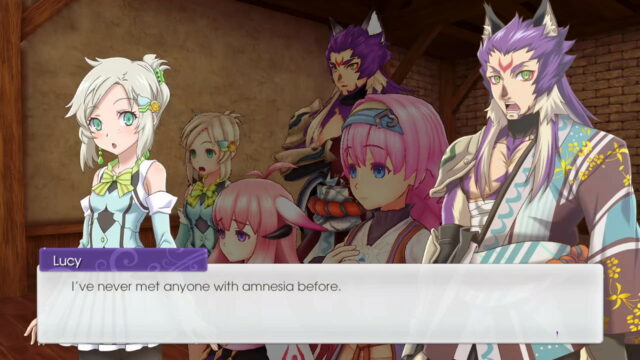 After the relatively short intro, Rune Factory 5 comfortably flows right into the same gameplay loop as previous Rune Factory titles. Players spend their days farming, befriending and fulfilling requests for the locals, and slowly progressing the plot by venturing into nearby woods to defeat dangerous monsters. The move to full 3D works well, and the town of Rigbarth looks lovely in the springtime, the season the game opens at, with vibrant greens and bright pink trees all around. The soundtrack is quite peaceful and fits the early feel of the game, and the voice acting, typically only present here in cutscenes, is nicely done. Rune Factory veterans will have no problem immediately planting new crops, watering, and resource-gathering, while those new to the series will find helpful tutorials popping up along the way, explaining the basics of each.

Battles, farming, and friendship are the basis of Rune Factory games and all are done quite well, keeping each simple but with deep mechanics that become evident over time. In the two-hour portion played for this impression, the battles never grew super-difficult and were easily handled with the original weapon equipped at the start. Farming is as easy as using a hoe to till some earth, throwing some seeds down, and watering them until they grow a crop. Befriending the citizens of Rigbarth just takes some daily conversation and handing out a gift from time to time. The characters even helpfully drop hints as to what kind of gifts they prefer. 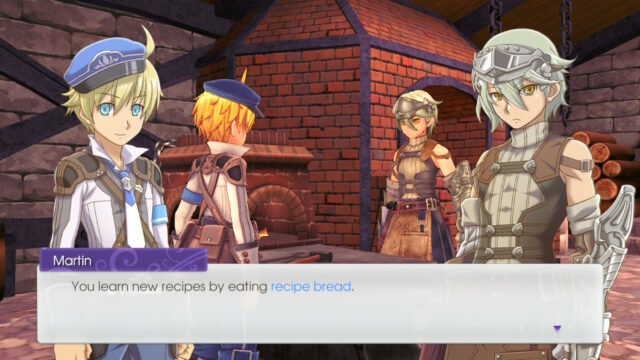 If only eating was the answer to gaining all knowledge in life.

For those that have been waiting nearly a decade for a new title, there are some gameplay improvements that will be immediately recognizable and some that may take more of a keener eye to spot but are helpful nonetheless. First off, resources such as herbs, stumps, and rocks regenerate daily if not more often, and not just on farmland. Larger stumps and rocks can be broken down with even the lowest-level farm tools, allowing for immediate clearing of land for crops. When farming, repeatedly pressing the B button will allow the character to continue the previous farm action in whatever direction they’re facing, allowing for quick and easy plowing or watering in straight lines without the need to physically move the character along with the directional stick.

Switching between farming and fighting couldn’t be easier as a farm tool and weapon can both be equipped at the same time and quickly changed between with a touch of the D-pad. Finally, and most importantly, the clock has been slowed down. While most Rune Factory games to date equated one second of real time to one minute of in-game, Rune Factory 5 extends the feature to two seconds of real time equating to a minute of game time. To non-veterans, this may not sound like much, but it doubles the time players can farm, befriend, and explore from about 15 minutes to easily 30+ minutes each game day. Since there are penalties for players staying up all night in the game and dropping from exhaustion, having twice the playtime for each game day seems like a huge gift. This wasn’t a super necessary change in the early game, but knowing how involved Rune Factory games get with all the elements that need to be balanced and tended to daily, the extra time is very much welcomed. 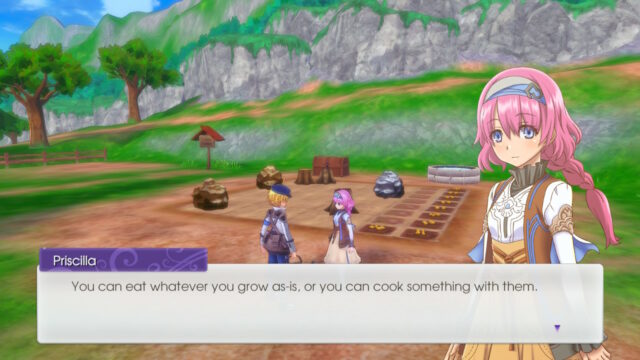 Better yet, sell those crops for some cold hard cash!

The only negatives noticed in the first couple of hours were minor or avoidable. While the graphics of Rune Factory 5 can hardly be called high-res, they still somehow seem to push the Switch to its limits. Fast-traveling or stepping outdoors results in a noticeable lag as the world forms around the character. Worse yet, when waking up and walking outside the character’s second-story bedroom, the lag is noticeably present as the world pops into place. It’s quite possible to exit the door, walk down the stairs, traverse the backyard, and reach the farm plots before all the crops and tilled earth spawn. While this takes a mere five or so seconds, it’s definitely led to a few scary, “where’d my turnips go!?” moments. Another early annoyance was how the game switches to a more top-down camera angle when the player moves their character onto farmland. It seems like a mode intended to make straight-line navigation of fields of square patches more easily navigable, but stepping off the fields moves the camera back to its more 3D over-the-shoulder view, and changing between the two views gets disorienting quickly. Luckily, this mechanic can be toggled off in the system menu.

Rune Factory 5 is proving to be as polished a game as its immediate Switch predecessor and seems to be more of what Rune Factory fans have hoped it will be. It doesn’t stray far from what has worked in the past, and it even has some noticeable improvements that allow for not only quicker gameplay but a longer period of time to play each game day. The game will release for Nintendo Switch on March 22, 2022, in North America and on March 25, 2022, in Europe.

Disclosure: This article is based on a preview build of the game provided by the publisher.