Eiyuden Chronicle is billed as an ode to PlayStation-era JRPGs and will include HD 2.5D graphics with sprite-based characters, 100 unique heroes to join the protagonist, turn-based battles with six-member parties, and a guild system. The following names are attached to the project:

Eiyuden Chronicle is set in the world of Allraan, with its history shaped by magical items called rune-lenses. The Galdean Empire has emerged as the dominant power thanks to finding a technology that amplifies the rune-lenses, and it is now looking for an artefact that will enhance its power further. 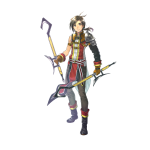 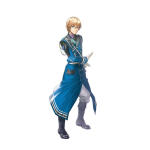 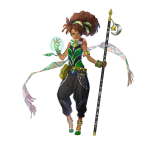 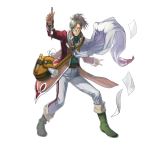 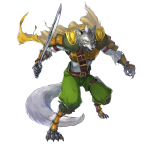 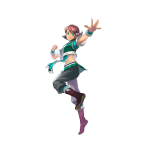 One of its expeditions sees young officer Seign Kesling meeting a villager called Nowa. The two become friends, but soon end up involved on different sides of war. Nowa is the game’s main protagonist and hails from a remote part of the League of Nations. He leaves his village to test his skills and joins the League’s joint expedition with the Empire, during which he discovers a certain artefact that leads to the breakout of war, with Nowa electing to join the border guard. Meanwhile, Seign is the second-born son of a powerful imperial family. He achieved outstanding grades at the military academy and possesses a strong strategic mind.

Other major characters include Marisa, Melridge, Garr, Lian, and Mio. Marisa is a member of the Guardian clan that reveres the forest and has its own sought-after method of utilising rune-lenses. Melridge is a history scholar, but also happens to be a gifted strategist despite his distaste for war. Garr is a beastman warrior whose clan members earn their living as mercenaries, but as they are hired individually, they sometimes have to face each other in combat. Lian is a martial artist taught by her father, but runs away from home without a plan when it is invaded by the Empire, before coming across the protagonist and his allies. Finally, Mio is a swordswoman from the Far East dedicated to perfecting her skills. She has a stoic personality, and rarely speaks unless challenging a worthy opponent.