NIS America announced during the New Game Plus Expo that Ys IX: Monstrum Nox will be coming to North America and Europe. The game, the latest title in Nihon Falcom’s action RPG series, will be released for PC, PlayStation 4, and Nintendo Switch in 2021. Limited Editions for PlayStation 4 and Nintendo Switch are now available to pre-order from NIS America’s online store, priced at $99.99, that include: 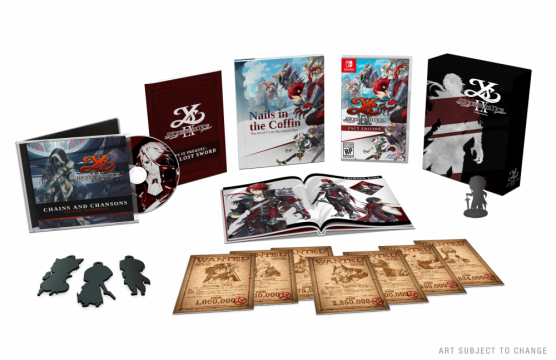 Ys IX: Monstrum Nox takes place in the “prison city” of Balduq. The city was recently annexed by the Romun Empire and Adol finds himself imprisoned there. In prison, a mysterious woman named Aprilis turns him into a Monstrum, a being with supernatural Gifts and the power to exorcise monsters. Adol teams up with other Monstrums to fight against the creatures emerging from a dimension called the Grimwald Nox and to investigate the Monstrum curse and its relation to Balduq.