Nippon Ichi Software released more details and images for its upcoming title Shoujo Jigoku no Doku Musume. The latest update offers information about a number of gameplay elements and also introduces more characters in the game.

Shoujo Jigoku no Doku Musume sees the protagonist sharing their body with the Poison Maiden after they are transported to hell. In order to escape, they need to purify the parts of hell they come across, each an individual hell that is the personal creation of a girl who has ended up there. Player choices will affect both their stats and their relationship with the Poison Maiden.

As players purify hell, they will advance across the world’s five major zones. Approaching the markers on the map will provide information about how each individual hell was created. They will also be able to access a shop run by the demoness Dorami Mitogawa. Players can equip four types of poison-based equipment: Attack Poison and Delusional Being Poison provide attacks, while Defensive Poison adds to the defensive power and support skills, as well as Catalyst Poison. Certain pieces of equipment will be better suited to particular missions. As players purify hell, a meter grows that can be used for special attacks, while powerful beings called Serpents will appear, blocking crucial corridors. 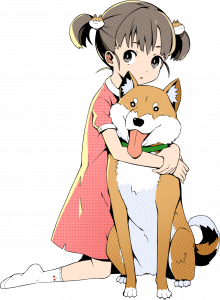 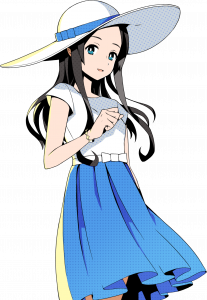 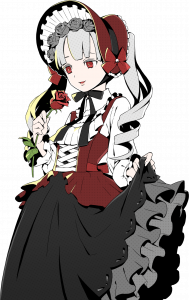 Each hell reflects the girl that created it, with players required to defeat the poison within her heart to purify it. None of the girls have been given names, but are known by what caused them to end up in hell. The first of them is a young girl whose pet dog died. This caused her to become emotionally unstable and her twisted mind caused her to start killing small animals after she is obsessed by a picture book that states when heaven is filled up, extra souls will return to life. The second is a massive fan of mascot characters, which caused her to break into events, with the beings in her hell based on those mascots. The third girl is from a former noble family and used to work as a nurse intern, but she has no idea how she died and why she ended up in hell.

The fourth girl is a famous figure skater and died when a ferry she was on capsized, with her hell created from her despair. The penultimate girl is a British noble from the Middle Ages. She breeds roses and is conducting experiments to try and recreate a certain crimson colour that she once saw. The final girl managed to live a fulfilling life, but died still longing for something.

Shoujo Jigoku no Doku Musume is due to be released in Japan on June 25, 2020, for PlayStation 4 and Nintendo Switch. No announcement has been made regarding a western release.