Mark McLaughlin’s RPGs of the Decade

In addition to showing the results our staff-wide voting, our massive RPGs of the Decade feature allows individual staff members to highlight their personal favourites from the last ten years. While our main list is limited to entirely new entries from the decade, our writers have been given a bit more leeway for their personal lists, being able to combine titles into a single entry in their list of ten, include various remasters and ports, and use whatever ordering, or not, they wish. Here, Mark McLaughlin gives us his picks.

I’m late to the party on the western RPG genre, but I’ve come to understand the appeal of Skyrim‘s fully realized world. While the lack of character development expected in the typical JRPG always turned me off, I’ve begun to understand the liberation of being whoever the heck I want to be in a world I can interact with in far more diverse ways than I’m used to. I tend to play this game the same way I usually play Grand Theft Auto though… just screw around and ignore the central quest lines.

And yet we’ve seen aspects of the western RPG genre bleed into others. Final Fantasy XV embraced the open world questing mechanics with aplomb. However, I fear they sacrificed a bit of plot and character development in return. I managed to find myself emotionally invested by the end regardless. This game may have been higher on my list had it been complete upon release.

#8
The Legend of Zelda: Breath of the Wild

Again an example of the open world finding its way outside the western RPG genre. This time we see it used in a game that was actually finished. While it can be a bit surreal to see Link in such a robust and open-ended game, Breath of the Wild still manages to maintain what it means to be a part of the Zelda franchise.

#7
The Legend of Zelda: A Link Between Worlds

My ranking of this higher than the more appreciated Zelda game above is largely based on nostalgia. A Link to the Past is my favorite Zelda game, and A Link Between Worlds is a direct sequel. The minor gameplay changes made the game a little more of a versatile experience. Yet again it never forgets what it means to be a Zelda game.

I love bleak artsy stuff created by weird people. I always have. I always will. You can’t take that away from me. If you didn’t choose to do what it takes to help other players at the end, you didn’t truly beat NieR: Automata.

I wrote about how Dragon Quest XI had a large impact on my life just a couple of months ago. Talk about a series that never forgets what it is. Dragon Quest always manages to be refreshing while almost shockingly simple and unchanging. This many entries later and it’s more whimsical and beautiful than ever. It’s a huge love letter to fans of the series, featuring music and references from prior games and an ending that truly old-school Dragon Quest fans can really appreciate.

As an avid Xenogears and Xenosaga fan, I eagerly anticipated Xenoblade Chronicles since it was originally announced as Monado: Beginning of the World. Some fans of Xenogears and Xenosaga may not have been thrilled, but I wasn’t disappointed. I sunk a few hundred hours into these games and never felt like a minute of that time was wasted. They’re beautiful games with a lot of room to explore, and the plot unravels in such a way that it is truly in tune with the themes of the Xeno series. I wholeheartedly consider Xenoblade Chronicles part of the greater Xeno series… and possibly even the best part.

Bravely Default is one of the greatest subversive RPGs of all time. The plot surrounds four heroes who must restore the crystals of the elements, but things aren’t quite what they seem. Not only does this plot challenge the typical rhythms and reasons of the genre, but the gameplay does too. The often-criticized character development is necessary, I believe, to the way in which it deconstructs the worn progenitors of the genre.

But there is only one true victor in the battle for my heart. Unique, subversive, and charming are all words that describe Undertale. I can think of many more: touching, funny, frustrating, empowering… It’s an experience, and no description can do it justice. 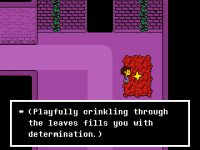 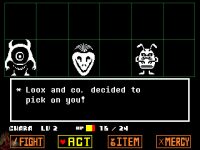 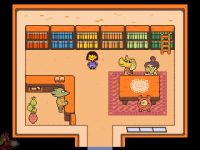 Back to Feature Index

Tags: RPGs of the Decade