Limited Run Games has opened up pre-orders for the physical Nintendo Switch edition of Idea Factory Interantional and Compile Heart’s Arc of Alchemist. The Nintendo Switch version can be ordered through Limited Run Games’ website until May 1, 2020, and is expected to ship two to four months later. The PlayStation 4 physical edition will be made available to order through Idea Factory International’s online store at a later date.

Arc of Alchemist is an action RPG that follows Quinn Bravesford and her allies as they search the great desert, looking for a device that can reverse the planet’s desertification and save humanity. The game was released digitally for PlayStation 4 and Nintendo Switch in January 2020. 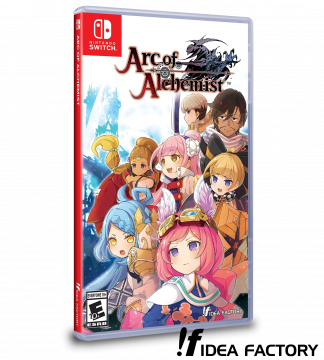