Sega provided some more information about Project Sakura Wars, the upcoming revival of the Sakura Wars series. The update introduced a pair of additional characters and some locations, as well as revealing a couple of plays that the Imperial combat Revue: Floral Division will perform in the game. Sega also revealed two more character image songs; the first is for Floral Division member Azami Mochizuki, while the second is for London Combat Revue member Lancelot.

The first new character is Itsuki Saijou, a hardcore fan of the Imperial Theater. She visits the theater whenever she can, talking with the staff and visitors. She is building a collection of Imperial Theater merchandise. The second character is Hiromi Hongou, who runs a nearby sweet shop. Though she normally sells standard Japanese sweets, she also likes to create her own, which tend to have strange effects. 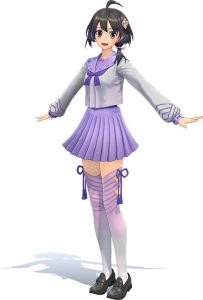 A couple of key locations that players will be able to explore in the game are the central train station and the main street, Ginza Oodori. The street includes the Café Gilles du Lait and the Ginroku Hyakkaten department store, with the latter also having its own rooftop amusement park. There is also a tram spot, the Okashidokoro Mizuki sweet shop Hiromi works at, a Kabuki theater, and the Mikasa Memorial Park built to commemorate the airship Misaka.

During peaceful times when it is not called upon to defend the city, the Imperial Combat Revue puts on performances. During the first chapter of the game, the troupe puts on the play “Momotaro”, with Sakura playing the lead role. The second chapter features a play called “Da Nang’s Love”, written by Revue member Claris with Anastasia and Sakura in the lead roles. The plays will be fully animated when they are shown in-game.