Limited Run Games has announced that both Kemco’s Marenian Tavern Story: Patty and the Hungry God and Cardboard Utopia’s Children of Zodiarcs will receive physical releases for PlayStation 4. Both games will have limited print runs, with copies to be listed on Limited Run Games’ website in two batches at 10am and 6pm Eastern on Friday, October 18, 2019.

Marenian Tavern Story is a life-sim RPG developed by Rideon that follows Patty, whose brother has been possessed by the God of Poverty, leading to her family incurring massive debts. To pay off the debts, Patty opens a tavern, with players controlling her as she gathers ingredients in a multitude of ways before cooking and serving dishes to customers. The game is available digitally for PC, PlayStation 4, Xbox One, Nintendo Switch, iOS, and Android. Those looking to read more about the game can check out Matt Masem’s review of the PlayStation 4 version.

Children of Zodiarcs is a tactical RPG including dice-crafting and deck-building that was originally published under Square Enix’s Collective program. The game takes place in the world of Lumus, a place divided by class and wealth, and follows a girl named Nahmi who seeks to strike back against the ones in power, sabotaging and attacking the aristocracy. The game is currently available digitally for PC and PlayStation 4. Those looking to read more about Children of Zodiarcs can check out Michael Baker’s review of its PC version. 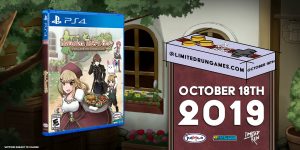 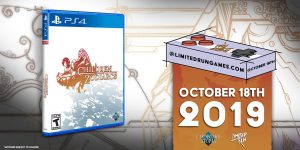