Idea Factory International announced that it is partnering with Limited Run Games for physical releases of PlayStation 4 title Azur Lane: Crosswave. Standard and Limited Editions will be available to pre-order from Limited Run Games from November 5, 2019, with Idea Factory’s North American and European online stores getting a pre-order of the Limited Edition in early 2020 (information on purchasing options for the Standard Edition in Europe will be revealed at a later date). The $99.99 Limited Edition will include:

Azur Lane: Crosswave is a naval 3D shooter RPG featuring personified battleships who can transform between ship and human forms. The game is based off the 2017 mobile Chinese game, Azur Lane, and will be released sometime in 2020. 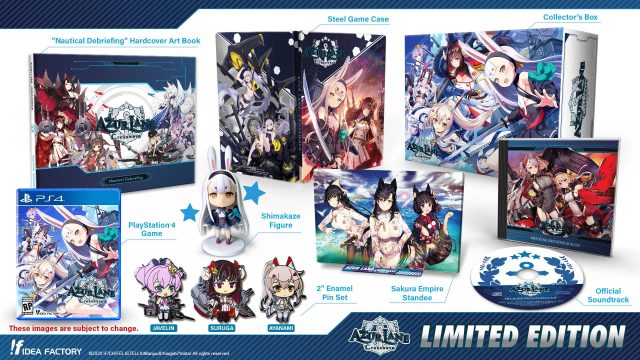