Iffy’s North American and European Online Stores, which distribute special versions of Idea Factory’s IPs, are preparing a Limited Edition of Compile Heart’s Dragon Star Varnir for the PC. The Limited Edition bundle will include the game’s Deluxe Pack Steam key, steel case, hardcover art book, soundtrack, and tarot card set, which all come packaged in a collector’s box. The Steam key will be provided via email and also includes additional art collections, wallpapers for PC and mobile devices, and extra soundtracks. The PC version of Dragon Star Varnir is scheduled for a worldwide release on October 9, 2019, and is priced at $69.99 and £65.99.

Dragon Star Varnir stars Zephy, a young knight who gets saved by a troupe of witches. To save his life, the witches feed him dragon blood which subsequently awakens a hidden power in Zephy. The game originally released on the PlayStation 4 in Japan in 2018, before coming to western markets mid-2019. 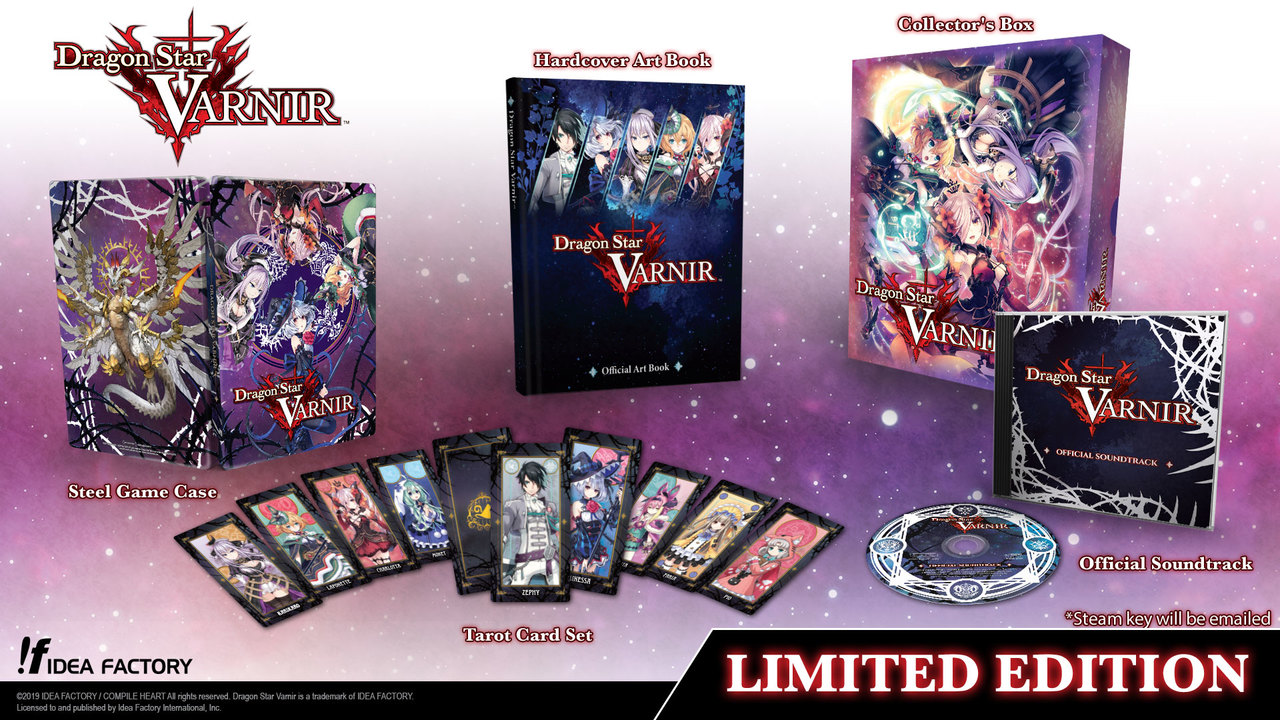