Warhorse Studios has announced the release date for the final DLC for Kingdom Come: Deliverance. Arriving on PCs on May 28, 2019, and on PlayStation 4 and Xbox One on June 11, 2019, A Woman’s Lot puts players in control of a Teresa as they witness the beginning of the game from an entirely new perspective. Also releasing on June 11, 2019, is the the physical and digital version of the Royal Edition for the game, which includes Kingdom Come: Deliverance and all the DLC into one package.

Kingdom Come is billed as a historically-realistic RPG that transplants players into a recreated portion of Bohemia. As Henry, players will embark on a quest to avenge their parents’ death as they become embroiled in a 14th century conflict. For more information on the game, Pascal Tekaia’s review can be read here. 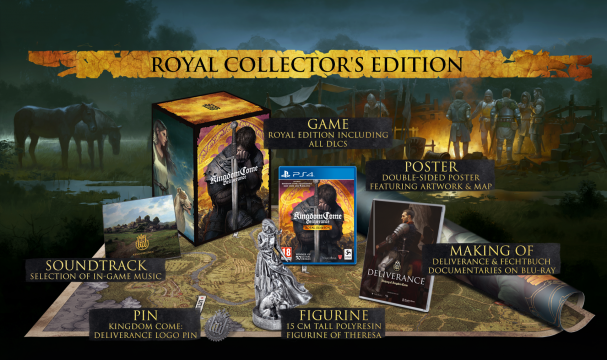