Deep Silver and Warhorse Studios have revised the date for the physical collector’s edition of Kingdom Come: Deliverance. Known as the Royal Collector’s Edition, the new edition will be available on June 25, 2019, and include:

This is a slightly later date than the standard Royal Edition that launches on June 11, 2019, and also features all DLC for the game. Both the physical and digital versions of the Royal Edition will be available on PlayStation 4, Xbox One, and PC. For more information regarding the game, Pascal Tekaia’s review of the game can be read here. 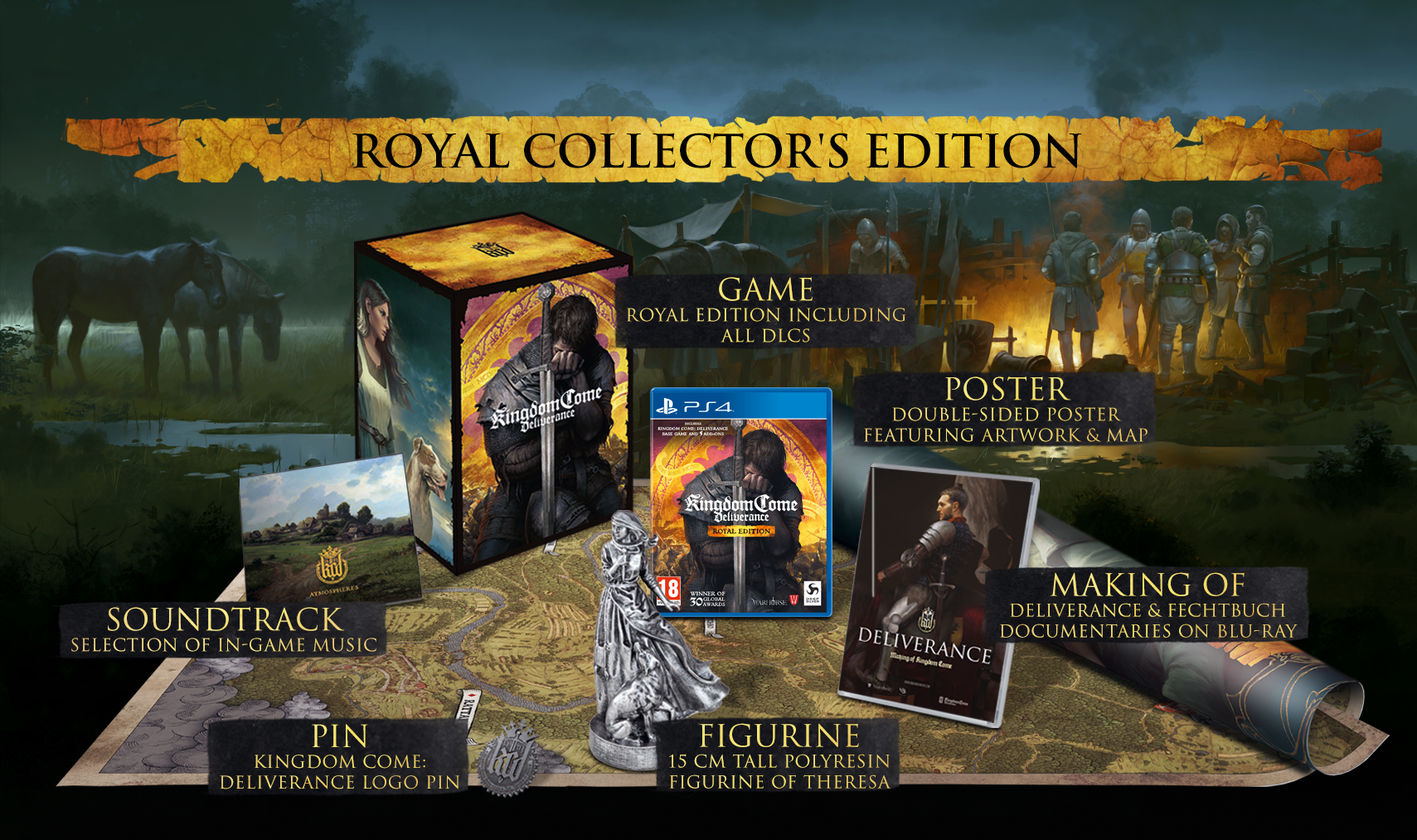