Limited Run Games will be releasing a physical PlayStation 4 version of Akupara Games and Oscar Brittain’s Desert Child. The hoverbike-racing RPG will be available in two editions, a standard physical edition and a 400-print bundle that includes the game and vinyl soundtrack. Both editions will be available to order from Limited Run Games’ official website tomorrow, May 17, 2019, in two batches — the first at 10am EDT and the second at 6pm EDT.

Desert Child puts players on a ruined future Earth where they must scrounge $500 to get to Mars. Players will need to enter races and take odd jobs for money, but will also need to buy food as well as upgrade and fix their bikes. The game was originally released in December 2018 and is available digitally on PC, PlayStation 4, Xbox One, and Nintendo Switch. Those looking to read more can check out Charalampos Papadimitriou’s impression of the game from E3 2018. 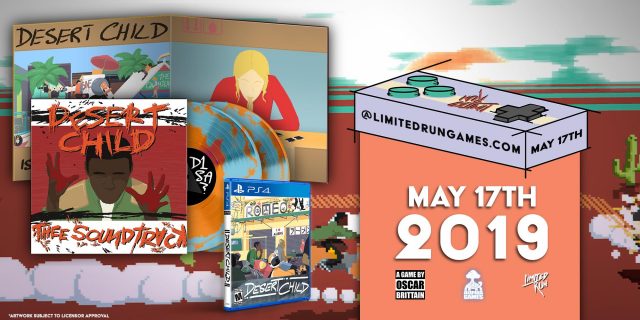