NIS America and Koei Tecmo have announced that they will be partnering to release a limited edition for Atelier Lulua: The Scion of Arland. The edition is available to pre-order now from NIS America’s online stores in North America and Europe for both Nintendo Switch and PlayStation 4. It is priced at $99.99/£89.99 and includes: 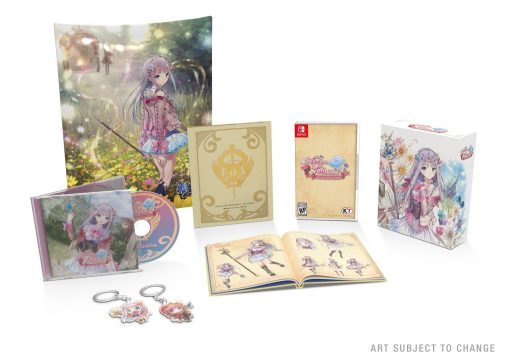 Atelier Lulua sees the series return to the setting of Arland and comes shortly after recent re-releases of the preceding trilogy of games. The game will be released for PC, PlayStation 4, and Nintendo Switch in North America on May 21, 2019, with a European release to follow on May 24, 2019.