Gust has revealed more details and images for its latest Atelier title, Atelier Lulua: The Scion of Arland. Three characters are introduced, including a returning cast member from the Arland trilogy, with some additional gameplay information also provided.

The returning character is Sterkenburg “Sterk” Cranach, who appeared in all three previous titles. Formerly a knight, Sterk is now the leader of a group of guards and retains his serious demeanor. Also introduced are new characters Mana and Stia. Mana is a girl who often visits the orphanage where Lulua’s childhood friend Eva works, while Stia is a graceful girl who meets Lulua in an unspecified but unexpected place. 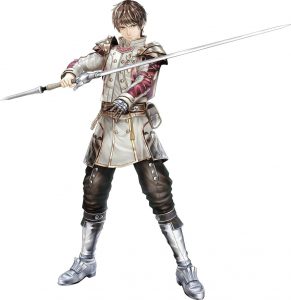 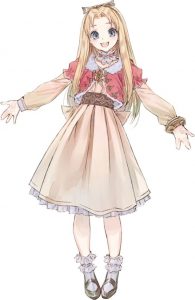 Atelier Lulua‘s crafting system is based on that of the previous Arland titles, but with some additions including the components system from the Mysterious subseries and a new boost items system. Players are able to synthesise items after learning recipes. Synthesis uses materials which have a quality rating and characteristics as well as an elemental component such as ice. These all have an effect on the resulting item. Meanwhile, boost items are special items that can be added once to a synthesis and can have big impacts on the components and resulting item.

Gust also briefly mentioned that combat will be based on the system used in Atelier Lydie & Suelle, with some added depth. Players will be able to include up to four other characters in their party.

Atelier Lulua sees the series return to the setting of Arland and comes shortly after recent re-releases of the preceding trilogy of games. Atelier Lulua is set to be released in Japan on March 20, 2019, for PlayStation 4 and Nintendo Switch. North American and European releases are planned for spring 2019 on PlayStation 4, Nintendo Switch, and PC.