I offer my humble apologies for not posting one of these articles for a few months; my job threw more than a few curveballs at me. However, a PC retrogaming fan’s work is never done, and I found time to experience a number of RPGs over that time. 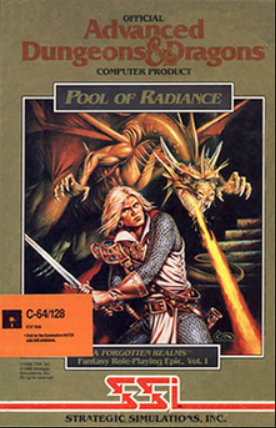 In July, I played the original Pools of Radiance, created in 1988 by SSI based off of the Advanced Dungeons & Dragons pen and paper game. The first game of the Forgotten Realms quadrilogy, Pools of Radiance laid out the groundwork for not only the Gold Box ennealogy (a series of nine games), but various other spin-offs and successors. Thanks to the folks at GOG.com, these games now work on modern computers, allowing me to experience this classic three decades after its launch.

The story involves a great evil at work in the city of Phlan. While the party starts off handling small jobs, things escalate quickly. Before the end of the game, our heroes face off against an evil spirit inhabiting an ancient dragon. Combat, the real meat and potatoes of the series, faithfully recreates the tabletop experience. Utilizing good tactics and having a well-balanced party can make the difference between life and death. Along those lines, knowledge of the game rules plays a key role in party effectiveness. For example, a human wizard may be able to level up to the maximum allowed in the game, but an elf may be arbitrarily limited to a lower number. Thankfully, GOG.com offers great scans of the rule and hint books. If stuck on some of the game’s puzzles, or you simply want to get through the challenges with more knowledge on hand, the latter helps immensely. 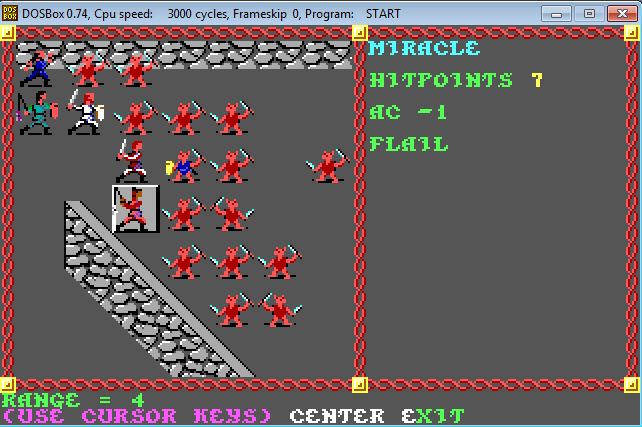 I enjoyed my time with Pools of Radiance, but I found the manual memorization of healing spells really hurt my enjoyment of the title later on. To heal wounds, the party must cast healing spells, which is limited to Cure Light Wounds. This spell heals an average of five hit points each, and the average fifth-level cleric can memorize four or five of them. To heal an entire party requires multiple instances of manually memorizing the spells from a list, resting, and casting one at a time. By the later levels, I was ready to move on. Thankfully, future games would include a Fix command in camp, allowing the clerics to quickly heal the entire party as long as they rested in a safe location.

The following month, I played Tales of Maj’Eyal. This roguelike adventure heavily draws inspiration from classic PC games such as Angband and Rogue. Using tile-based 2D graphics, the game will not impress your friends who happen to walk by, but it will work well on any laptop. What it lacks in sound and visuals, it makes up for in depth as Tales of Maj’Eyal contains dozens of classes, hundreds of skills and countless items to enhance your character.

For the first few hours, I enjoyed slashing through monsters and finding new weapons to play with. Unlike some older roguelike games I played, Tales of Maj’Eyal features wide open areas where the player can explore, run into encounters, and find new dungeons. This definitely adds a new element not found in other rougelikes. And, for those who enjoy crunching numbers to max out your characters’ potential, this game has them in spades. With all of that said, I ran into difficulty spikes early and often. I could not help but feel that I might have been able to move past them if I understood more about the various systems and how the numbers and stats all work together. After running a couple of characters into the teens, I decided that I needed to move on. 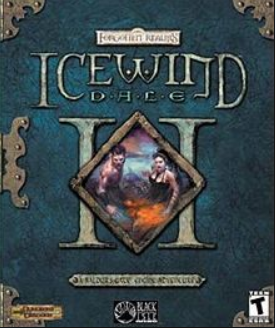 My first few hours of the game went smoothly enough. After rolling a new party, I was immediately whisked away into a new town in Icewind Dale that required my help to fight against goblins. Eventually, I would push outside the town into caves, dungeons and arctic wastelands, helping the people with the evils waiting to tear down their civilization. However, unbalanced fights and difficulty spikes really frustrated me. In one of the first boss encounters, I had to reload over a dozen times, trying to figure out how to get through the fight in one piece. Having played many other similar titles, I came prepared. I had a balanced party, crowd control spells, well-armored front-line fighters and plenty of damage-dealing characters in between. Yet, that first boss encounter gave me more stress than the final boss encounter of Icewind Dale. 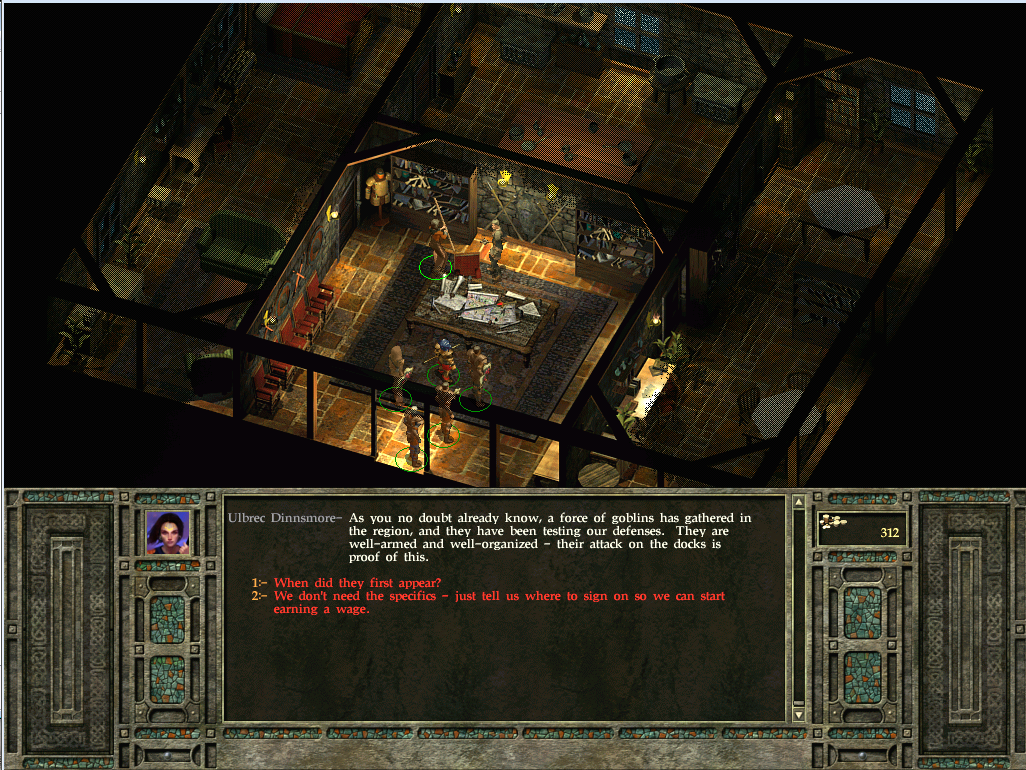 I kept pushing on, hoping that this fluke would give way to better design. However, I continued to run into fights that felt like slogs. Normally, early fights in these games move quickly, with boss fights requiring more time to properly plan, tweak orders, and counter whatever that boss throws at your party. However, even the smaller battles in Icewind Dale II seemed to require that kind of focus, which wore me down after dozens of fights. Boss battles required a higher degree of planning and, at times, exploiting some of the weaknesses of the game’s engine in order to succeed. After twenty hours, I decided I had enough and deleted the game.

While this round of games certainly did not win me over, I did have fun exploring some of these older titles. I do feel I will have a lot more fun with the next trio of games on my list. Next month, I plan to share my experience playing Curse of the Azure Bonds, which I recently completed as my October game. My current November game, Wasteland 2, has been highly praised by both critics and my peers, so I look forward to that. Finally, while I have reservations about my December game, Valkyria Chronicles, at least I know I will enjoy the amazing visuals, if nothing else. If you made it this far in my article, shoot me off a shoutout on Twitter (@jcservant) for your chance to win a game from my giveaway grabbag. Let me know if you plan to play any of these games!