Salutations! As one of two hosts of RPG Backtrack, I’m constantly looking for old school experiences and challenges to take on to share with our listening audience.  Join me as I share my experiences and thoughts on my latest old-school exploits! 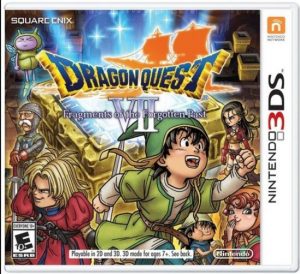 Over the last month, Dragon Quest VII sat in my 3DS as my go-to portable RPG. I played a few hours here and there, eventually unlocking the class system and working my way through nearly half of the main quests. And, after 40 hours in the game, I feel I have to walk away. I really just don’t want to play it anymore. The game drags on way too long and overstays its welcome in so many ways. Dragon Quest VII focuses on the small quests rather than other story elements, which is a trademark of many Dragon Quest games.. In the other games, however, these come off as concise episodes of serial TV show, while here each one feels like the plot of a TV show stretched over a three-hour movie. A lot of editing could have really helped the pacing. To make it more difficult for my bunny brain, the time travel aspect leaves me scratching my head more times than not. The game seems to expect me to figure out who is who forty years later, but all of Dragon Quest VII’s NPCs start looking similar after a while.

It does not help that the game has so little character development. While one may be used to silent protagonists, I normally like to see a lot more party interaction and growth in games where the story dictates the party. I just do not feel connected to the characters, nor do I care about the overall plot to save the world. And, Dragon Quest VII‘s battle system, while solid, is hardly earth shattering. While I can enjoy an RPG with mediocre story if the combat system rocks, I tire of repetitive battle systems with stories that leave me scratching my head. 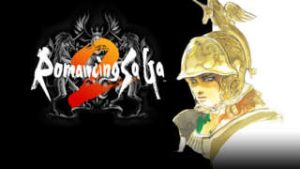 A month or three ago, I also bought Romancing SaGa 2 and played it. As I mentioned on a Q&A quest with Mike Apps, Romancing SaGa is that series I really want to like, but can never actually do so. I really enjoyed the graphics and the premise of the game; you play a lineage of kings and queens running a country facing one crisis after another. With this premise, the game approaches traditional mechanics differently. For example, experience points level up the character earning them, but also contribute to an overall, global class level system that impacts your future characters. However, to fully understand these systems one will need to read FAQs because the game does a poor job explaining them. I don’t really hold that against it. What I do have a problem with, however, is the poor writing, and handling of the time mechanic.

You see, at a point in the story, time will fast forward decades. The premise of the game means that you will take on the role of kings or queens of different generations. However, when you walk around town thirty years later, the town rarely changes. You talk to the same NPCs as before. One, in particular, was looking for her lost child. After a generation phase took place, I returned. She insisted I still find her child using the same dialogue. This happens all over the place with even the most minor townfolk and it completely breaks the immersion for me. Some say I should give it a pass because it is an older game, but I would point out that Dragon Quest V, which came out nearly a year prior, handled this idea a lot better. In so many ways, Dragon Quest V provides a deeper and more immersive role playing experience than this.  I would recommend that title over Romancing SaGa 2 any day of the week. I played about a dozen hours and gave up. 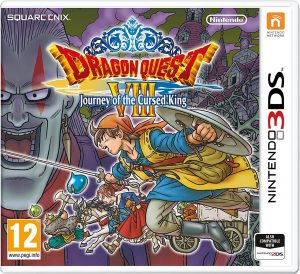 Month of June: Currently, I’m working on Dragon Quest VIII on my 3DS now. I have heard nothing but good things about this game, with some calling it the best of the series. Early on, the game impresses me with its strong characters and compelling plot. However, will it carry me through to the end? Find out on the next Backtrack Sidetrack. Also, I’m playing a PC classic to prepare for our large 200th episode of RPG Backtrack.  Hint: “You must gather your party before venturing forth.” Second Hint: It’s not what you think…unless you listen to RPG Backtrack!