Toukiden: The Age of Demons Review

The continued absence of Monster Hunter on Sony’s latest handheld never goes unnoticed, but that hasn’t stopped others from offering their own take on the idea to try and garner the attention of those foolhardy adventurers that enjoy taking on mighty opponents that dwarf the player in size. Now it’s time for another contender, as Toukiden: The Age of Demons marks Tecmo Koei and Omega Force’s entry into the world of large creature vanquishers. It may not bring anything new or have enough to quite reach the upper echelons of the genre, but Toukiden is an enjoyable experience that should go a long way to scratching Vita owners’ itch for defeating giant opponents with a selection of overly large weaponry.

On the scale of Monster Hunter-esque games released in the West, Toukiden arguably fits closest to Gods Eater Burst in terms of a focus on story, albeit in a completely different setting. Toukiden appears to take place on a fantasy world with a heavy medieval Japanese influence. The customisable player character is a Slayer that has newly arrived in Utakata Village, whose task is to defeat the various monstrous Oni that threaten the vestiges of humanity. Eight years before the game commences, an event called the Awakening occurred and resulted in many Oni suddenly flowing in through a portal from the Otherworld to wipe out most of the human race.

The story does a nice job in giving players motivation for hunting down the Oni and providing background for the world and cast, although it never comes close to being a tour de force on the narrative front. It brings the events contained in the plot to a fairly satisfying conclusion, but leaves plenty of unanswered questions and hooks in place as sequel bait. The game sports a likeable cast who bring effective backstories and development with them, which helps bring life to the village where players spend between-mission time. Characters might stick a bit to slightly clichéd roles and personalities, but a couple of them at least manage to break the usual mold slightly. 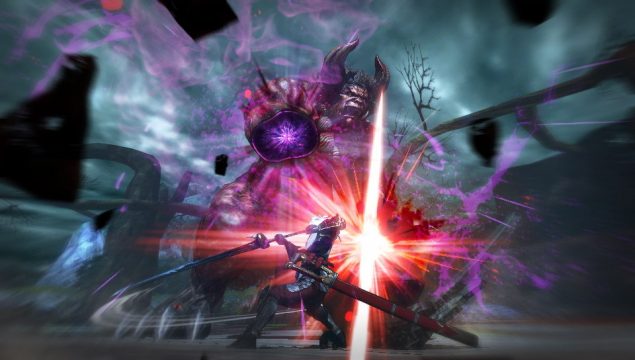 I think I need a bigger one.

Toukiden‘s gameplay involves numerous missions with the objective of defeating certain Oni, for which the majority have a generous time limit of one hour. Even when this limit is reduced, it is never likely to cause much stress for players, since most are easily accomplished within twenty minutes. While a number of earlier missions will just involve the smaller, considerably weaker Oni, most effort will be devoted to taking town large foes that require several minutes to vanquish and likely involve multiple combat phases. Early on in these battles, players will find themselves doing little damage to the health bars of their fearsome opponents, but soon enough the Oni’s body parts will begin to weaken until something on its body breaks or the foe’s essence becomes exposed. While the Oni’s colour has changed or it is glowing to signify this essence exposure, it becomes much more vulnerable to damage. Body parts can grow back if the player isn’t careful to purify them on the ground, and badly-injured Oni can go on deadly rampages while remaining vulnerable to accurate attacks, which helps keep these encounters involving throughout.

There are two different ways to class characters in Toukiden. One is by the type of weapon used, which encompasses a number of melee options but only offers a bow for ranged attacks. Each weapon has a distinct play style, and the unique Destroyer move possessed by each one further enhances their unique facets, while the variety on offer allows for considerable player experimentation. The second type of class depends on a character’s Mitama, the souls of figures from Japanese history and lore that assist Slayers by providing their power. Each Mitama has a specific type, such as healing or attack, and this affects the skills characters have available along with providing passive bonuses of numerous types. The player character has the rare ability to bond with multiple Mitama, most of whom are found by defeating various Oni throughout the game. Players are able to equip a maximum of three Mitama at once, with the primary choice always determining the combat skills and the others just providing additional passive bonuses. The effects of a Mitama can also be leveled up through frequent use or by paying relevant NPCs to improve them.

On the whole the game is balanced well and it’s easy to get the hang of the controls, although more experienced hunters may end up finding themselves less challenged than they would like. Players are always kept on their toes during combat, but each battle in the game’s story chapters is eminently winnable. Every now and then it may feel as though the player’s character is on the end of an unfair hit box, but these aren’t too common and players can help mitigate this by keeping alert to subtle tells and patterns from opponents to ensure that staying out of the way is possible. The AI companions that accompany the player seem to be generally quite competent. Players will rarely have to make special efforts to heal compatriots, and they are usually able to hold their own against Oni despite a lack of direct command from the player. When characters are knocked out there is a period of time during which they can be revived by a teammate, or they may simply choose to retreat to the mission’s starting point with damage inflicted upon the Oni retained. Players needn’t fear any loss of progress should they abandon or fail a mission, and can try again right away.

As is usual for these types of games, the player character’s strength is entirely dependent on gear. Crafting is fairly substantial, but isn’t quite as extensive as it might have been. There are a decent number of weapons and armours to craft, including a linear enhancement system, but it’s all pretty straightforward and there’s not much to play around with. Items for new gear can be found in a few ways, but the majority come via mission rewards or purifying defeated Oni and body parts during missions. Additional features include side-quests that require the collection of certain items or killing specific Oni, and a system that keeps track of the player’s relationship with NPCs is present. However, it’s hard to actually notice any real effects from the game’s relationship system; it doesn’t add anything to the narrative and is further confused by often not being clear on which relationship descriptors are higher than others. 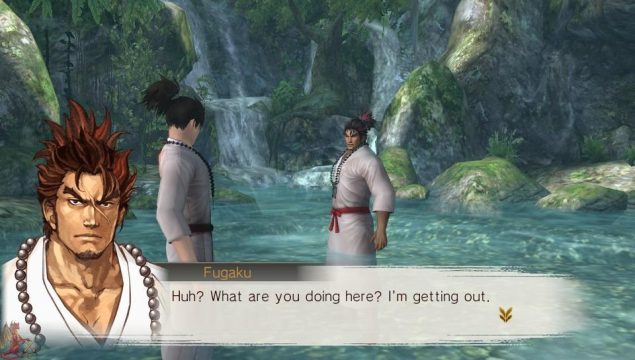 It should take around twenty or so hours for players to get through the five chapters that make up Toukiden‘s story mode. Story events come on a pretty regular basis as long as players keep going through their uncompleted missions, meaning that they should never be stuck on more than three or so missions without feeling some progress. Generally the game does a very good job of keeping things fresh with new types of Oni and mission objectives, but there are definitely times when things begin to get repetitive. Those still hoping to play on after the story is complete are quite well catered to with another few chapters of missions and challenges that considerably amp up the difficulty for solo players, plus a separate set for those who wish to take down Oni with others online.

Toukiden‘s visuals are very crisp. Tecmo Koei has used the experience from its Dynasty Warriors and other series very well and done an impressive job with fast-paced action, and the level of detail in both the gameplay and cutscenes is excellent. That there are really only six different area and layout types is a bit disappointing, as the appealing scenery soon becomes blase after repeated missions in the same kind of surroundings. The artwork used within the game’s UI and its in-game encyclopedia looks good as well. Toukiden is close to fully voiced, albeit in Japanese only with English subtitles. This makes it a bit hard to tell just how good the voice acting might be, but there’s no major faults or annoyances to be found in the performances. The only area where the English subtitles do not appear, and which might be a bit annoying, is for incidental comments during and at the end of combat (although flavour chat during story battles does appear). The music for the game is enjoyable and appropriately up tempo and exciting during players’ Oni-destroying exploits, as well as bringing things into a more relaxing tone at the village between missions.

On the whole, Toukiden is a fun experience without any major shortcomings. However, there’s not really anything new to be found, and most of its systems can be found in greater depth elsewhere. As a result it finds itself a bit stuck with the rest of the pack. For beast-slaying fans and non-fans alike, Toukiden should provide a decent amount of solid enjoyment, but likely won’t stick in the memory for too long after. 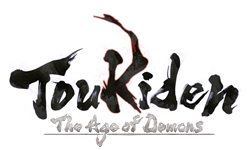