DMM Games’ browser title Touken Ranbu is perhaps the most unexpected title so far to have combined with Omega Force’s Warriors gameplay, at least in the west. However, both series are popular in Japan, resulting in the idea coming coming in first place in a Japanese game magazine reader survey for a new Warriors crossover. If nothing else, the subject of handsome swordsmen in historical Japan certainly feels like a natural place for the gameplay to slot in. Unfortunately, while the Touken Ranbu characters and stylings are certainly likable and engaging, the dilution of any challenge and depth to the gameplay make Touken Ranbu Warriors an ultimately uninspiring experience.

Touken Ranbu Warriors follows a group of fifteen male Touken Danshi, anthropomorphic versions of legendary swords. In the year 2205, these Touken Danshi are tasked with protecting history from the nefarious forces of the History Retrograde Army, which seeks to go back in time and change the outcomes of important conflicts for unspecified purposes. The group lives in a honmaru, and should be under the command of a master. However, the Touken Danshi’s master has disappeared, and a mystical fox called Konnosuke steps in to give them new orders from the government to investigate a series of battles targeted by the HRA during the late Sengoku period. 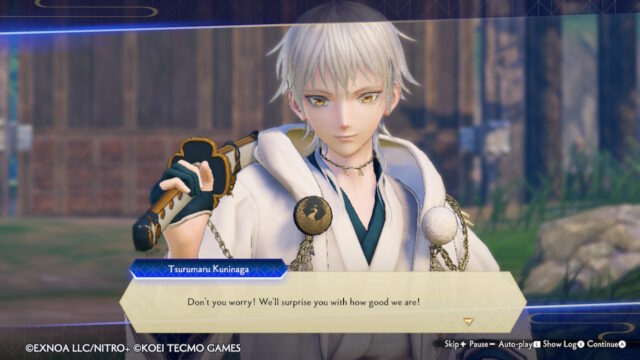 The cast is certainly charming.

The game’s story is divided into five main chapters, each focusing on a subset of the Touken Danshi and the battles concerning particular figures such as Toyotomi Hideyoshi. What the HRA actually are and the purpose of their goals are never examined; instead players are simply tasked with defeating them and those who have fallen under their influence to ensure history plays out as it should. Things steadily diverge further throughout the chapters, until the coherence of their overarching narrative largely falls over as the attempts to fix history end up playing second fiddle to the story of a sixteenth Touken Danshi. There’s some initial interest in learning about the historical battles, but it definitely wanes towards the latter chapters.

What largely saves the narrative side of things are the characters and the interactions between them. Although western RPGamers may not know the exact history and characters behind the Touken Danshi at the start, the game does a fine job ensuring their personalities are well represented and in giving certain members interesting personal stories when they encounter the figures that wielded them. The character designs are all distinct, very handsome, and well brought to life. As players go through the game, they also unlock bonus conversations that add some nice touches to the characters and their relationships within the group.

The visuals are where Touken Ranbu Warriors gets its highest marks. The game looks great in handheld mode, with lots of details on the character models, environments, animations, and UI. There are loading screens that take a few seconds, but otherwise its performance is strong as well; the animations, especially during special attacks, are appropriately flashy and the game looks smooth in motion. There’s little to complain about with the audio; the music is enjoyable to listen to and the Japanese voice acting is strong without standing out. However, the lack of English audio does have the potential to hinder players, as the text box in the corner — conveyed through Japanese audio — giving mission information and commentary is easy to miss during battle. 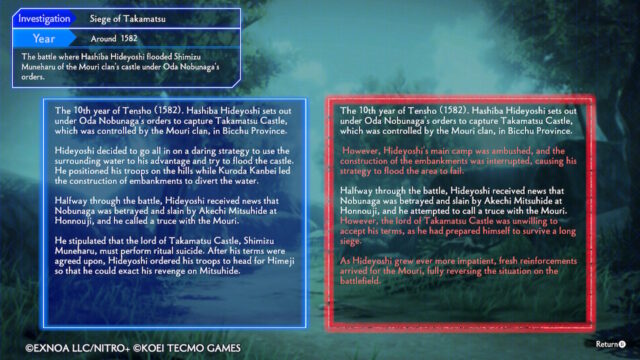 The historical elements start out interesting, but lose their way as the story goes on.

When it comes to gameplay, there’s less praise to be given. The game has the usual Warriors formula of short hack-and-slash missions where players take on waves on regular fodder punctuated with tougher captains, though here the fodder are even more ineffectual than usual. Except during rare missions that require a certain number are defeated, players can readily head to the important foes on the map and take them on, completely ignoring the rank-and-file.

The game is designed to be welcoming to Warriors newcomers, particularly those coming to it from Touken Ranbu. However, it goes way too far in this direction. It includes an easy mode with more automation and simplified controls, but even the normal difficulty geared towards experienced players is still utterly trivial. Players can just button mash their way through much of the game, and when they can’t it’s simply a matter of moving away from the telegraphed attacks. There are the usual special attacks available by filling up the requisite meters through normal combat, which will wipe vast swathes of health from all but the toughest boss fights, in so much as they can be called that.

The game tries to vary its mission objectives, including some basic stealth sections and missions where players need to uncover a true objective, usually by finding a hidden path. But it just feels like a very lite and basic version of the Warriors experience. Players control a single character accompanied by a partner and it’s just about rushing to the next mission point with the game not even including the regular base or outpost mechanics. 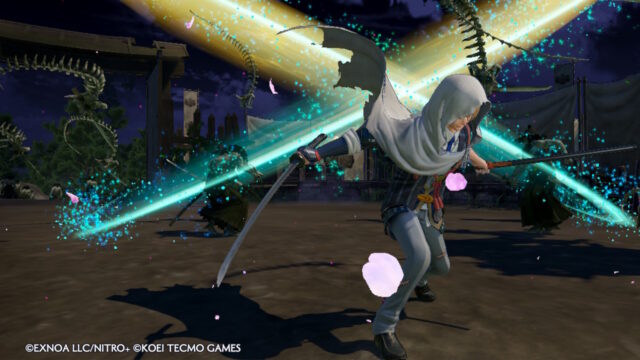 The visuals are appropriately stylish, but the gameplay substance is sadly lacking.

Between missions, players return to the honmaru. Here they can improve characters using resources obtained from missions and participate in mini-games that grant further resources. These mini-games simulate activities including making onigiri or playing tag, and work as brief diversions for a short time before feeling more like an obligation than anything else. Players can also assign characters to specific rooms in the honmaru, which will give them experience following each mission so players don’t need to try and level up fifteen characters individually. There are several ways to upgrade characters, which is enough to add a light touch of depth to the basic experience leveling system, but given the game’s lack of challenge players really don’t need to pay very much attention to it.

Touken Ranbu Warriors doesn’t feel like a great showcase for either property. The characters are engaging enough, but it fails to make a case for diving deeper into the fight against a faceless HRA that seems to be causing havoc just because. Meanwhile, the simplified variation of Warriors gameplay doesn’t have enough depth or challenge to be at all compelling. The idea of getting the series together appeared to be a good one, but the execution simply cuts too much away.