There have only been two Langrisser titles that officially crossed the Pacific, and the 3DS one in 2016 did a terrible job making people interested in the series. NIS America has seen fit to localize the Langrisser I & II remake, providing those interested in the satisfying tactical action with a better option than tracking down the 1991 Sega Genesis cartridge for playing the first game or relying on imports for the second. These new versions change enough to make it a distinct experience from the originals, complete with some streamlining functions to help those with lesser strategy skill. These alterations are helpful for a modern audience, but the games hold up in the present rather well even without them.

The first Langrisser tells the tale of Ledin, the prince of Balthea who is forced to flee an enemy attack upon his home. His quest to obtain aid and counterattack is eventually successful, but the power unleashed by the aggressive Dalsis Empire is not so easily quelled. Demonic creatures are attacking towns independently of the Empire’s forces, and this seems to have been instigated by the employment of the cursed sword Alhazard for conquest. Only the legendary blade of Langrisser offers a chance to match and drive back these nefarious forces.

Langrisser II begins with Elwin and Hain, a pair of wanderers, encountering the abduction of a young woman named Riana by forces of the Rayguard Empire. The pair determine to help her out, and the Imperial forces don’t accept an initial defeat lightly. Eventually it becomes clear that the Empire seeks to unleash the combined power of Langrisser and Alhazard to force peace onto the continent via conquest.  This title is set an indeterminate length of time after the first game occurred, but at least a century – long enough for memories of the prior events to have faded from widespread knowledge. 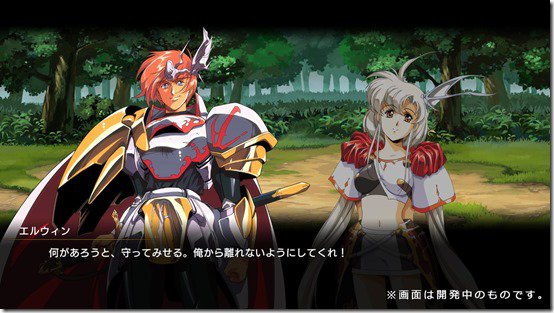 Women in Langrisser games rarely cover their bodies with armor, instead seeking to wow foes with other assets.

Langrisser I originally came out in 1991, and its narrative shows that fact. Most of the characters don’t have much to say beyond baldly declaring what the next objective is, with relatively little dialogue at all. Things change halfway through when additional paths start to become apparent, though. What was formerly a linear tale of needing to put down the forces unleashed by the Dalsis Empire now has branches into other areas, some of which go very far afield of the early tone. NIS America’s localization work is also solidly done, keeping the original Japanese names and making the text entertaining to read.

The original incarnation of Langrisser II was only ever available for the Mega Drive in Japan, as it was promptly remade with a few changes in 1995 as Der Langrisser. This latter rendition of Langrisser II is the one found here, in which Elwin has the opportunity to pick different paths to take that radically alter the narrative’s course.  Every path of Langrisser II forces the player to fight against characters who will join Elwin’s journey if events take a different course, meaning that the personalities are often less one-note than in the first game. As a narrative originating in the 16-bit era they’re still not marvels of multidimensionality, but such persons as Leon of the Empire and Cherie of Kalxath are memorable nevertheless. Elwin’s bit choices to side with different factions don’t have much in the way of foreshadowing, causing them to seem a bit arbitrary, though seeing the result of his decisions is nevertheless fascinating. Even more story junctions than the original four have been added to this version of the game, making the quest to see everything quite a lengthy one. 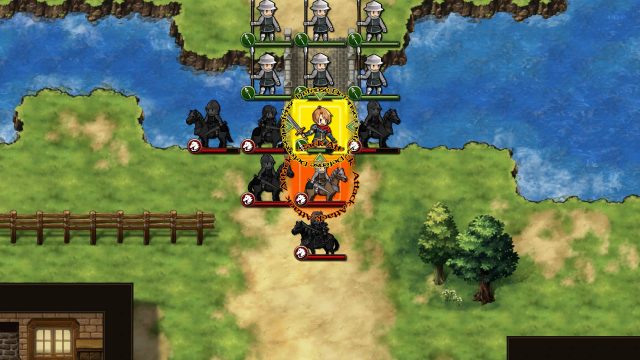 Note the green health bars – these are AI-controlled allies. Fortunately, their survival is not required.

Tactical action is the way to progress through both titles, on large maps with many units. Certain tenets are familiar from many other tactical titles, such as specific weapons and units being effective against select types of foes and movement being turn-based. Langrisser titles have a much larger scale than many other entries in this type of game due to the presence of mercenary troops hired by commanders for a single battle. These soldiers function as extensions of their commanding officer, and any kills they make result in experience accruing to the leader. Units also gain attribute bonuses when remaining within a range of their commander, and will be partially healed each turn just standing next to their supervisor. The troops vanish after each battle and no consequence is suffered as a result of their destruction on the player’s team, but they are an incredibly good means of broadening each character’s reach. Killing an enemy commander also destroys all of those troops, and while the player gets partial rewards from their elimination, maximizing the potential gain still requires eradicating everything.

Going through multiple paths in quick succession makes clear that some battle maps get reused, but the goals and opponents are altered depending upon what the player’s current alignment is. A good variety of map types, from cramped indoor locations to watery oceanfronts, keep the proceedings from feeling too repetitive. Extra paths are often opened by accomplishing something that isn’t a main goal of the battle, while some battlefields are more of a race to a specific goal than simply tackling an enemy assault. 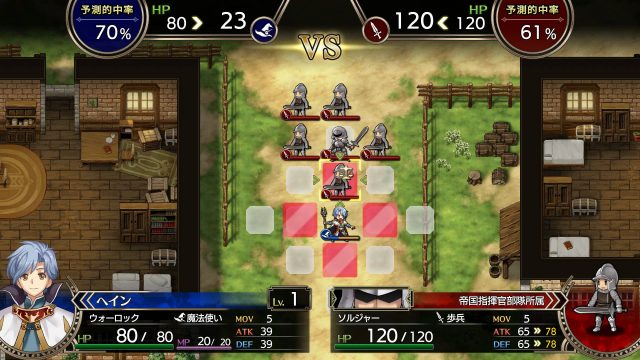 Enemy AI is not all it could be in this rendition of the games, making the task of achieving victory easier at times. Enemy commanders will occasionally attack a troop type against which they have no chance simply because it’s the closest target, and distracting the enemy from a critical target that should be paramount is quite doable. Enemies are also persistent in their efforts and will take full advantage of whenever the player presents a tempting target, so some challenge is definitely present. The ability to go back and replay earlier maps is a handy method of succeeding if an encounter proves too much, as players keep whatever equipment and levels have been acquired. Players also have the ability to change characters between classes during the battle intermissions, instead of being locked into a single choice. This can allow for more experimentation to see if a different combat style might get the job done.

A new feature that can help to see all the choices in action is the ability to go back to earlier battles as many times as the player wishes. The story sequences are clearly labeled to make clear where each juncture lies, making the employment of multiple save files to see differing options play out viable. Going back to an earlier point does require the player to go through the game normally from that point, though progress is typically much faster with the benefit of experience.

Audiovisual aspects of the Langrisser games come with several options to peruse. Satoshi Urushihara’s original character designs are present, as are new ones in a very different style by Ryo Nagi. These can be changed in the options menu at any time, as can the map appearance to look closer to the original 1990s sprites. Quick and impressive clashes of sprites are also displayed for every combat encounter, though they can be turned off if one wishes to speed things along. 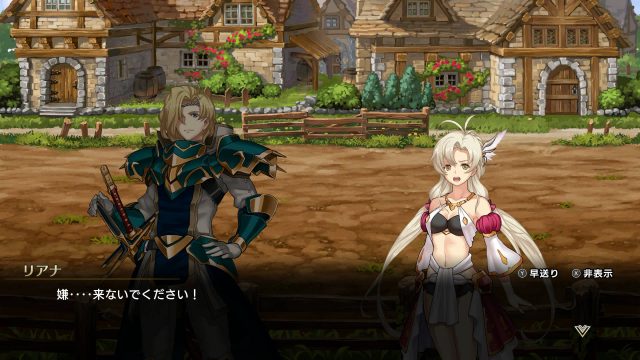 Can anyone see a difference between the character design of Liana here with that in the first image?

Noriyuki Iwadare composed some excellent rocking tunes for the second Langrisser that remain captivating in the modern rearrangements and original versions, which can be freely switched between whenever the player wishes. Langrisser I has good compositions also, but could have used a few more due to the relative lack of variety its battle music features. Plentiful Japanese voice acting has been subtitled by NIS America, and the performances range across the spectrum. At the very least the voices help in giving characters a bit more personality, but some of the voice work is rather flat.

I admittedly have a distinct perspective on what developer Chara-Ani wrought with these remakes, as I played the first two games enough to remember them fairly well. It caused me to miss a few of the new nuances by thinking about the earlier renditions. There’s no question that both of these titles are first-rate tactical experiences though, and the ability to actually play Langrisser II legally in English is a massive boon to the RPG world. Any players with an affinity for tactical action should look them up immediately, especially since good sales might prompt the rest of the series to finally make its way elsewhere in the world. 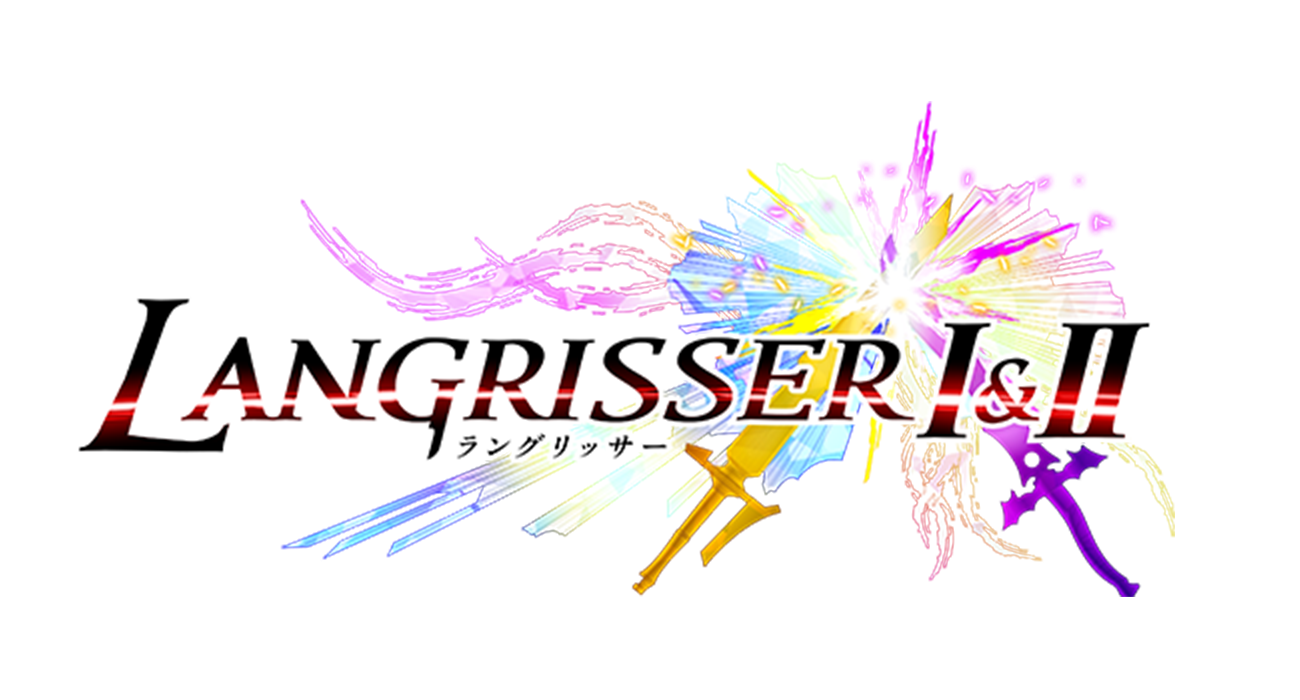