In this edition of the column we take a look at visual novel Chaos;Head Noah, as it finally manages to make its way west.

5pb. and Nitroplus’s Adventure Science series has enjoyed good success, thanks largely to the great popularity of Steins;Gate in both its visual novel and anime forms. However, the series’ initial entry, Chaos;Head, has certainly not reached those heights, in no small part due to the game only getting a western release fourteen years later with Chaos;Head Noah. Although the game provides some interesting mysteries that eventually come together, both an odd localisation and a protagonist who is largely infuriating for much of the game make it much more of a slog than other titles in the series.

Chaos;Head is set in 2009 Shibuya and follows Takumi Nishijo, a self-confessed shut-in and otaku who lives in a modified shipping container at the top of an apartment building. He only goes to school enough to ensure he graduates, spending almost all of his remaining time playing an MMORPG and otherwise actively avoiding the real world, often coming up with his own delusions to help ignore what’s going on around him. The game begins as a series of gruesome murders, dubbed the New Generation Murders, takes place around Shibuya, and Takumi quickly finds himself caught up in it as his paranoia and delusions spread. 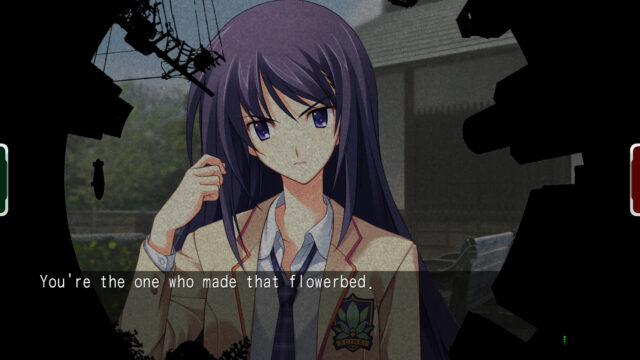 The game’s choice mechanic is based on creating delusions during prompts.

Many of the game’s references have aged, particularly when talking about internet culture and technology, but otherwise the mysteries behind it are interesting. Delusions, paranoia, and the power of thought make up many of the game’s themes as Takumi desperately tries to stay away from everything going on around him, though he is generally unsuccessful at this, usually just managing to draw attention and make him look more suspicious. Unfortunately, Takumi himself becomes one of the biggest challenges as his actions and his internal thoughts make him an immensely unlikable protagonist for much of the game. It’s only in the very final chapters that Takumi manages to figure out how unhealthy and destructive his decision-making has been and the good aspects of his character finally rise to the surface. The game tries to justify his behavior as necessary for its plot, but doesn’t shake off the bad taste that came before it.

Much of Chaos;Head’s subject matter is not for the faint-hearted, and the game is overall quite bleak in its outlook. The New Generation Murders themselves are incredibly disturbing, and though the game thankfully doesn’t show the worst of it, there is still a selection of bloody and gruesome images. Many of the characters have been through or go through some extensive trauma and there’s a ton of disturbing imagery in the game’s text, while Takumi has his own unpleasant thoughts that very much come from the darker side of the internet both today and in the past.

Delusions form Chaos;Head’s decision mechanic. During various events in the game, Takumi can elect to have a positive or negative delusion, or stay in reality. After playing the initial route, the choices can lead Takumi into additional character endings, with all of these required before players unlock the true ending, which amounts to a variation of its initial common ending. Finding the correct sequence of delusions can be an annoyance, but the other character routes and their non-canon endings help to provide more backstory to them and explore their pasts and traumas a bit more. 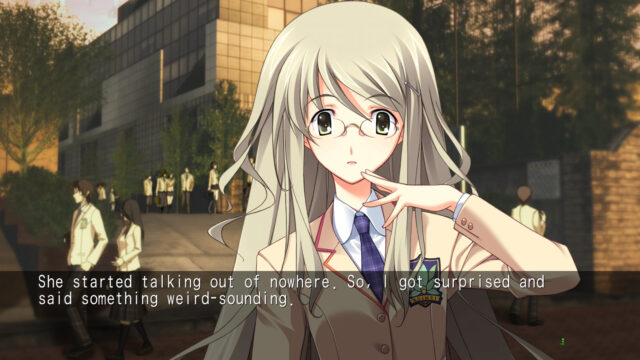 Interesting story elements are let down by an odd localisation and annoying protagonist.

However, things are let down by the localisation, which feels like it is lacking in resources. The translation of everything is fine and can be followed, but there’s just no differentiation between the characters within the text and as a result the characters feel like they have no personality. Much of the phrasing is stilted and there are some consistency issues as well. There is also a very odd decision to not include speech marks in almost the entirety of the game, which makes it very hard to figure out whether many lines are being said out loud or form part of the internal narrative, though those playing with audio will at least be clued in by the Japanese voicing. There is also a bizarre bug that causes the game to soft-lock on Switch just before the credits roll on the true ending. From checks, this doesn’t appear to block any actual content, but is another odd part of the release.

The game looks and feels like a visual novel from its time, with the usual character portraits offering some lip movement to go with the Japanese voicing. The visuals are fine for what they convey, though outside of the murder scenes there aren’t any events or illustrations that are noteworthy or memorable. Likewise, the character designs are fine but, much like the writing, end up being largely forgettable. The music and sound effects do a strong job at least, with the audio highlights easily being the game’s theme songs performed by series mainstay Kanako Ito.

While Steins;Gate is a title that can be readily recommended to nearly everyone, the same definitely can’t be said for Chaos;Head Noah. Fans of the Adventure Science series will get some enjoyment out of seeing its origins, and the mystery does eventually come together in a satisfying way. However, it’s hard to suggest it as an entry point for new potential fans when there are much better options available.