In this edition of the column, we take a look at Amnesia: Later x Crowd on Nintendo Switch.

Amnesia: Memories was a challenging otome game for me back when it was released in 2011. I struggled with the portrayal of amnesia and the emotional and physical abuse the heroine suffers throughout the various storylines. None of the relationships were portrayed as healthy, and honestly, the anger I felt from Memories nearly turned me away from the genre. I decided to give the game’s companion Later x Crowd a try because I had heard it was a “what if” scenario, giving it the chance to avoid the major issues in the original game.

The story of Amnesia: Memories begins with our heroine meeting a fairy named Orion, who attaches himself to her and causes her amnesia. In order for Orion to go back to his own world, he needs to assist the heroine in meeting all the important people in her life again, in hopes of triggering her missing memories. It’s there that the heroine has the option to romance five young men, with each route sparking her lost memories. Amnesia: Memories‘ storylines are unlike other otome games, as each of the five narratives is a parallel universe all its own, meaning there is no common route. Later x Crowd offers players new storylines for the heroine and her five companions, each with their own happy ending.

In Later, players are given a parallel storyline that plays off the True Ending of Amnesia: Memories. While one would think playing Memories would be important to deepen one’s understanding, Later does a fantastic job of reintroducing all of the characters from the previous game without making players feel like they are missing information. To open routes, players begin the “New World” scenario that introduces the cast and allows the player to select which male love interest they wish to explore. Once that scenario is complete for a character, players can move on to the “After Story” for the love interest they selected, and allows them to go through the route and obtain a happy ending. There are no bad choices in “After Story.” This means players can select any options they want and explore the route freely without penalty. 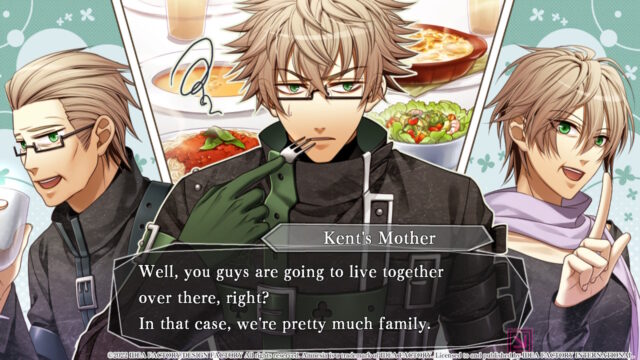 What makes the “After Story” routes so enjoyable is how well they flesh out the characters and make them far more likable than they were in Memories. Moreover, players will receive an adorable ending as each route is completed. My personal favourite route was Kent’s, where players learn about how his parents are obsessed with his love life and how he thinks he’d be a terrible husband given he can’t cook.

There are also three more special routes. “Girl’s Party” sees the protagonist hanging out with the female cast of characters to gossip about the boys. Completing each route in this section nets the player a full profile about each love interest. In “Waka’s World,” players get to enjoy four unique scenarios with four different versions of the cafe manager. I quite enjoyed Waka’s route, if only because he is a delightful character with a good head on his shoulders. While these special storylines are cute and fun, the last one introduced, “Orion’s Story,” unfortunately, isn’t very good. Orion is a fairy who helps the protagonist regain her memories, and he’s also so annoying that I skipped through his dialogue anytime he opened his mouth. His story requires special conditions, and honestly, it’s not worth the effort given it doesn’t improve his character in the slightest. 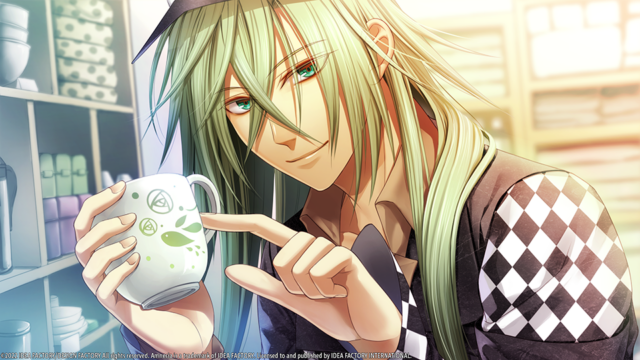 Moving on to Crowd, players are offered a fandisc to Later, though the content offers mixed results. Players are offered two different selections to enjoy. In “Suspense,” the heroine finds herself in danger and needs a big strong man to come and save her. This is shown from both a female and male perspective, and it’s fine, but doesn’t do anything interesting. “Working” is a more comedic story wherein players can enjoy minigames while working at the cafe, which for me, wasn’t enjoyable either. I didn’t find the minigames very engaging, but the writing is fairly cute here. Depending on how much you love the cast of Amnesia, your mileage for enjoyment definitely will vary when it comes to the fandisc content.

Honestly, considering how much I did not enjoy Amnesia: Memories when I first played it, I can’t get over how Later x Crowd changed my mind on a lot of the characters. I found myself wanting to play through every single scenario and see how each of the characters has grown since the first game, and for me, it felt like night and day in terms of the experience I had. While I do feel that playing Memories would be important to enjoying Later x Crowd, I was impressed with how everyone was reintroduced. Considering that I hadn’t played Amnesia: Memories since it was released, it was nice to meet all the characters again and made the experience feel that much fresher. Amnesia: Later x Crowd is a highly enjoyable game for otome fans, especially those who adore the cast of Amnesia: Memories.