Combat is simple, but that simplicity makes it enjoyable and easy to experiment with its many skills and mechanics to string together into long-lasting and varied combos.

Dusk Diver 2 is a direct sequel to Dusk Diver, the first game from WANIN International, and combines an anime RPG with hack-and-slash gameplay, which is an appealing combination. The sequel, released on PC earlier this year and now heading to western consoles through Idea Factory International, aims to improve upon the foundation as the combat and story builds off of its predecessor. The new features, improved combat, and enhanced visuals make it a joy to play, although early story beats may be confusing for newcomers.

Dusk Diver 2 takes place a year after the events of the previous game. Yumo, now a college student, is balancing the daily life of school, working, and saving the world from interdimensional beings. While the game is intended to be self contained, there are heavy references of its predecessor throughout the first two chapters, making character introductions and the start of the game a little confusing. Fortunately, the story slowly starts to dial back those references to the past game and build on its own story. The sequel begins with Chaos Beasts causing fissures that the Guardians use to travel between the interdimensional and human realms. However, the Guardians did not expect to see more Chaos Beasts in the human realm and the first three chapters work to figure out why it is happening. While there is not much revealed in the first three chapters, the encounter at the end of the third adds more intrigue to the story. The interdimensional environments is where battles take place and so far they have been bland. The lone exception comes in chapter three in a stretch of highway at least provides variety visually from the other chapters.

There are also plenty of items to find and Possessed to fight in the area as well. Possessed are humans taken over by Chaos Beasts and can be found throughout the district. Fighting Possessed and completing side quests will reward the player with items and currency that can be used to purchase skills and weapon upgrades. The experience from battles is shared by all four party members, and player given freedom on when and how they level-up. Currently, any decision made on which character to level up doesn’t feel consequential, but will be interesting how that may affect a characters effectiveness later in the game. 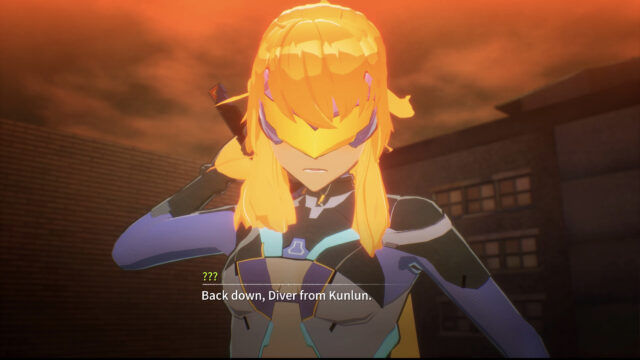 An enemy the party encounters at the end of Chapter 3

The main draw of Dusk Diver 2 is its combat. The player will spend most of their time in battle, and that’s definitely a good thing. Like in most hack ‘n’ slash games, combat is simple, but that simplicity makes it enjoyable and easy to experiment with its many skills and mechanics to string together into long lasting and varied combos. The most important mechanic is the Break Strike. Performing continuous combos can force the enemy to enter a break state that allows the player to use a Break Strike that causes huge damage. Launching enemies into walls with critical strikes also causes them to enter a break state, by focusing on this players can defeat enemies quicker.

Another key mechanic outside of Break Strike is Burst Mode. After defeating enemies and collecting yellow orbs, the yellow Burst bar will begin to fill. Once it does, the player can activate Burst, which will increase attack power and SP recovery speed. During Burst state, a gauge fills when players perform SP skills, dodges, Break Strikes, and counter attacks. When the gauge is full, the player can then unleash a special attack that induces massive amounts of damage. This is particularly useful in boss battles to severely reduce the bosses’ shield and health bar.

Our review of the original Dusk Diver compares its combat to Musou games, but that’s not a valid comparison with the sequel. Instead of taking down large groups of enemies at once, the emphasis is rather on performing longer combos to take down an individual enemy as quickly as possible. That does mean that enemies can feel spongy early on, but it becomes less of an issue as the combat system opens up. Part of that is because more members will join the party, and that’s where the real fun and experimentation can begin. 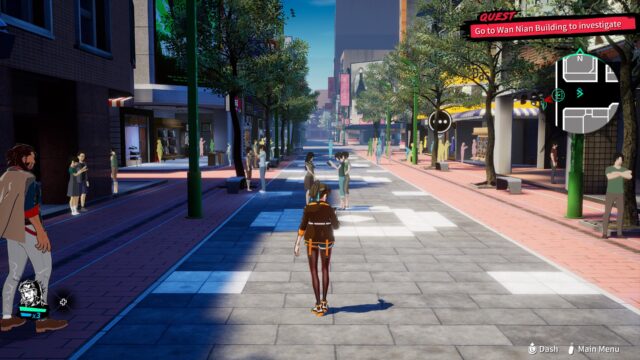 Three members will join Yumo through the first three chapters. Leo, Le Viada, and Bahet, also known as the Guardians of Kunlun, all make their return in Dusk Diver 2, and each make their playable debut with unique fighting styles. Leo is a heavy hitter used for close combat, Le Viada uses firearms that make her useful at a distance, and Bahet specializes in air combat and crowd control. The player can switch between characters anytime, provided they factor in a small cooldown after each swap. Every character is fun to use and effective, with one exception. Le Viada appears to inflict less damage and does not feel as easy to control, leading to them working best as AI-controlled support character. Yumo’s AI on the other hand, takes considerably more damage than the rest of the party, necessitating swapping back to keep her health up.

Ximending district remains as the setting in the sequel and it looks gorgeous this go around. There is plenty of charm with its vibrant setting and character design, with the latter being a highlight visually. Not only is it visually vibrant, but the soundtrack is as well with catchy techno beats. The only problem with sound design is with the characters voices which sound tinny. That becomes an issue mostly during combat when characters are yelling out moves and is difficult to listen to. Voice acting itself is good in both the Japanese and Mandarin voiceover options, but the tinny sound makes it sound cheap.

The first three chapters are just scratching the surface of what Dusk Diver 2 has to offer. Combat has just opened up and is fun to play, while the story feels as though it’s about to pick up. The hack n’ slash combat has plenty to like and that alone should put it on the radar for players that enjoy this type of game.