Souldiers is developed by Retro Forge Games and puts players in the role of a fighter battling for freedom in Terragaya, a land on the border between life and death. There are three classes to choose from — scout, caster, or archer — each with its own attacks and attributes as well as a skill tree that lets players customise their character build. The game is set to release digitally for PC, PlayStation 4, Xbox One, and Nintendo Switch tomorrow, June 2, 2022. 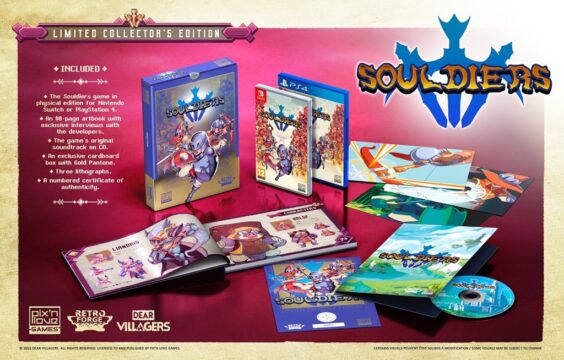