WayForward Technologies announced that River City Girls Zero will release digitally on Nintendo Switch on February 14, 2022, in North America and Europe. The release date reveal also came with news that the beat-’em-up will release digitally on PC, PlayStation 4, PlayStation 5, and Xbox One in spring 2022. Meanwhile, physical Nintendo Switch editions are available to order from Limited Run Games until March 13, 2022.

River City Girls Zero is a Nintendo Switch port of Japanese-only Super Famicom beat-’em-up Shin Nekketsu Koha: Kunio-tachi no Banka and is set to release later this year. The game stars regular Kunio-kun characters Kunio and Riki, but Misako and Kyoko are also playable. River City Girls Zero will include the original 16-bit graphics but will add a new animated opening, manga-based event scenes, and a song from Megan McDuffee. 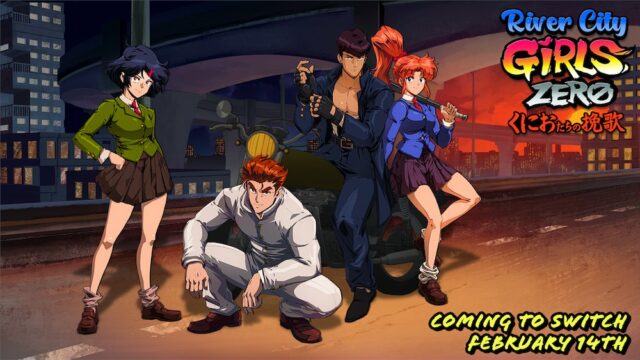