CD Projekt RED has released its major Patch 1.5 update for Cyberpunk 2077. The update includes the release of the dedicated PlayStation 5 and Xbox Series X|S versions of the game in addition to new content and a large amount of gameplay fixes and adjustments.

To go with the release, CD Projekt RED is holding a free, time-limited trial of the PlayStation 5 and Xbox Series X|S versions. The trial is available until March 15, 2022, and grants five hours of access to the full game. Trial players can transfer their save file to the purchased version of the game, while PlayStation 4 and Xbox One players can also transfer their save files and freely upgrade to the corresponding next-generation console.

Highlights of the Patch 1.5 update include upgraded graphical options on next-generation consoles, including ray tracing and dynamic 4K resolution scaling. It also adds new apartments, gear, and character customisation options, as well as additional relationship interactions, a rework of the fixer system, and numerous other gameplay changes. The full list of changes included in the update is available here.

Cyberpunk 2077 was released for PC, PlayStation 4, Xbox One, and Google Stadia in December 2020 and is based on Mike Pondsmith and R. Talsorian Games’ Cyberpunk tabletop RPG. The game follows V, a player-created character in Night City who is left for dead after a failed heist and becomes entwined with the legendary figure Johnny Silverhand. 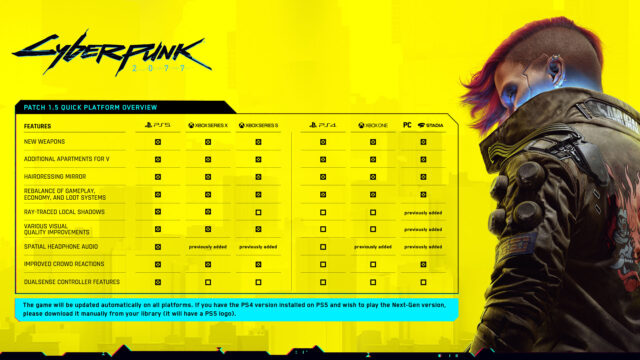 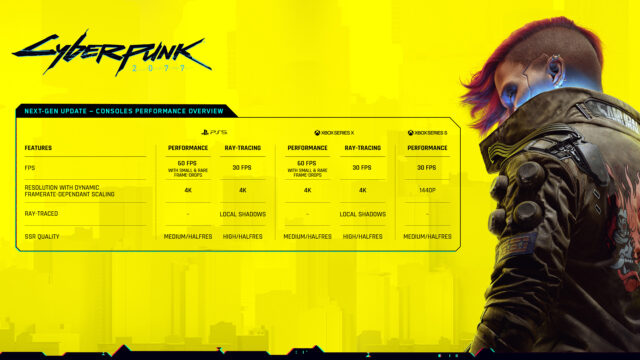