Since their tabletop origins, role-playing games have been known for their core strengths: character progression, combat, and story. When an RPG excels in these areas, players have a great gameplay experience. With the advent of video game RPGs, such experience grew more immersive through animated visuals, which steadily increased as visual fidelity improved through evolving technology. In the ‘90s, going from 2D to 3D and utilizing CGI likely broadened appeal for the role-playing genre — Final Fantasy VII attracted a larger audience due in part to such groundbreaking cinematic presentation. Now with gaming on the cusp of graphical capabilities like real-time ray-tracing or virtual reality, will such advancements benefit RPGs, or has a threshold been reached where progressing visuals yield diminishing returns? In other words, though real-time lighting and shadow effects may be dazzling, can they make RPGs more immersive?

Most role-playing games are evaluated in three categories: gameplay, story, and presentation. Each pillar strongly supports a good RPG, with the latter being where audio and video points are won or lost. From pixels to polygons, and now to photons, role-playing game graphics are more impressive than ever. They shine light in magic spells, cast long dark shadows in creepy dungeons, and emit the sparks of clanging swords. Such eye candy is sweet to see and always welcome, but better-looking visuals do not necessarily make games more immersive, especially RPGs since their core strengths — character progression, combat, and story — were founded before the genre became video-based. Tabletop RPGs immerse participants through deep character creation and interactive storytelling alone. 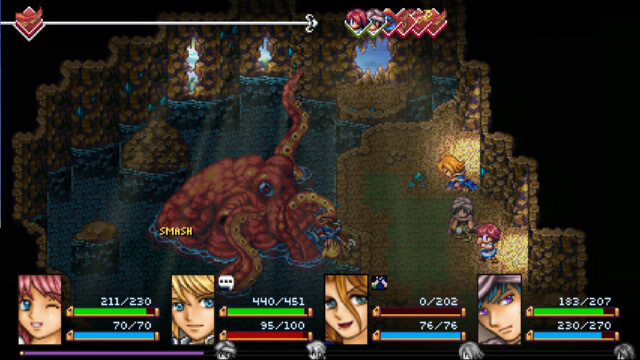 The presentation pillar of RPGs will likely strengthen as technology progresses. However, though graphic boosts like ray-tracing might mesmerize players, such particle and lighting effects are unlikely to deepen role-playing immersion. And while these visual touches may not detract from a title’s fun, a role-playing game’s immersive presentation is often felt better through enchanting audio as compared to expressive video — soundtracks seem more popular than art books as game-related merchandise. A good example is Nobuo Uematsu’s score in Final Fantasy VI, which evokes feelings to offset the low-res sprites’ lack of emotive visuals. Beyond presentation, the other support pillars of gameplay and story are more crucial to players’ fulfillment, the most tell-tale lodestar being gameplay; even the word itself is fundamental in the term “role-playing game.”

Don’t get me wrong, I love a captivating display of fantasy. Magic spells that sparkle with glittery graphics widen my eyes; they make many players marvel. That said, the spectacle of real-time ray-tracing alone isn’t enough to blanket sweep gamers into RPG nirvana. Case in point, I recently played Ara Fell — the edition enhanced in the Unity engine — and had a great time with it. Its presentation is simple 16-bit pixel art without 3D textured polygons or life-like light sources. If the title’s graphics are not impressive outside of nostalgia, then what makes the game so good? Its story and gameplay, both far more than adequate, are what kept me happy; things such as the crafting system, character leveling, or weapon acquisition are the nuts and bolts that build a great RPG, rather than a shiny new coat of paint to make it look fancy. 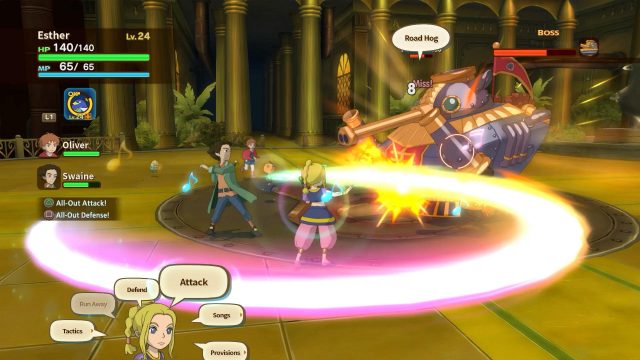 Another example of a great game with otherwise simple graphics is found outside the role-playing genre: Minecraft. After playing the blocky sand-boxer off and on for years, this past summer I bought an RTX-enabled gaming laptop and now enjoy real-time ray-traced Minecraft in all its impressive and lushly-lit glory. It is certainly atmospheric, and the true-to-life lighting improves immersion with a subtle sense of greater realism. However, the core gameplay remains the same and is what I enjoyed all these years, so while the fancier lights and shadows can accentuate the title’s relatively simple graphics, the procedurally generated open-world exploration is what has kept me returning all this time, and will likely be what keeps me coming back long after the wow factor of the ambient light fades. Indeed, the Caves and Cliffs Update: Part II looks to expand gameplay far more than ray-tracing ever has.

Some games are great despite lackluster graphics because their gameplay is strong. Other games are less than great despite sublime visuals because their gameplay is weak. Earlier this year, I completed Ni no Kuni: Wrath of the White Witch, a beautifully designed RPG with striking Studio Ghibli artwork, splendid 3D environments, and one of the best-looking overworlds in the genre. While I enjoyed it overall, the game has unfortunately garnered poor ratings due to its hybrid combat system. The battle mechanic mixes real-time action with menu commands typically found in turn-based RPGs, which makes running around in 3D while simultaneously navigating floating menus difficult. Added to this is the sometimes confusing complexity of cycling through multiple party members, each with multiple combative creature companions. Battles can frustrate some players and thereby hinder the feeling of immersion in the game. 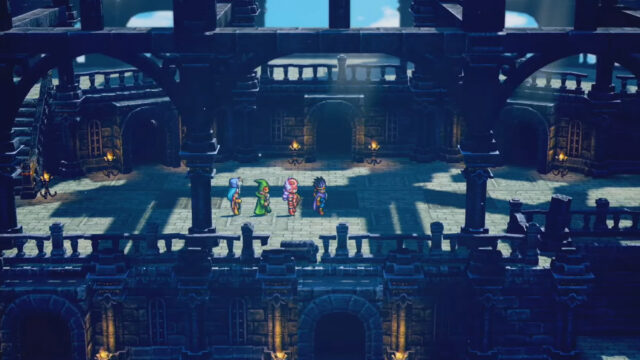 In Dragon Quest III: HD-2D Remake, multiple light sources like the sun and torches enhance the environment with realistic atmosphere and shadows but won’t hold a candle to immersive story and addictive gameplay.

A noteworthy example of both classic turn-based gameplay and striking new presentation is the upcoming Dragon Quest III: HD-2D Remake. Its retro-styled 2D pixel art is augmented with the lavish luster of advanced scenery: rippling heat-waves and spell-casting particle effects, akin to the gorgeous visuals of Octopath Traveler, look to amplify the game’s atmosphere. In spite of that — or indeed in light of all the above — I’m sure Dragon Quest’s traditional battle mechanics, winsome characters, and interesting story will be key to the game’s success and to players’ bedazzlement. The fact that Dragon Quest’s basic presentation over a few decades has remained largely unchanged — other than the move from 2D to 3D — demonstrates that the series’ gameplay elements and classic looks are core to its enduring popularity. And speaking of Octopath Traveler, despite its illustrative HD-2D presentation and satisfying gameplay, the game’s reception suffered because its unconnected storylines undermined potential immersion, which weakens player engagement.

Omitting the fancy effects of the HD-2D art style are the many indie RPGs trending in classic sprites and pixels of old. Like Ara Fell, the abundance of these retro-styled games shows that eschewing modern visual affordances doesn’t typically hinder gameplay or hurt storytelling; low-res games can shine brighter than real-time lighting and equip players with immersive quests. Presentation may go a long way in selling a game, but most compelling for the RPG genre are gameplay and story — if battle mechanics are bad, then battle graphics are the proverbial lipstick on a pig. Flashy aesthetics will continue to improve and impress, but most RPGamers will likely still prefer a good ol’ tale of adventure with engaging characters for compelling and immersive escapism.