The Promise of Open-World Pokémon

Early next year, players will be treated to an all-new adventure in Pokémon Legends: Arceus, which will feature an open, full-3D world. Since this feature is new to the monster-catching series, it’s a risky yet bold move. Other series have taken this path before with mixed results. Like the world of Zelda: Breath of the Wild, the open world of Arceus could prove to be a total game changer, or it could land like a beached whale. Will players be open-minded to such change? The outlook is positive as Pokémon Legends: Arceus appears to be an RPG with little compromise and much promise.

One hint of potential is that open-world games are generally well received by both critics and fans. Gamers need only to look at the enduring success of the aforementioned Breath of the Wild. The fully open 3D world, combined with a crafting system, marked a huge shift for the Zelda series, yet the game has garnered much acclaim. Similarly, the open-world format of Arceus, which also implements a simple crafting system, will likely help the title succeed. 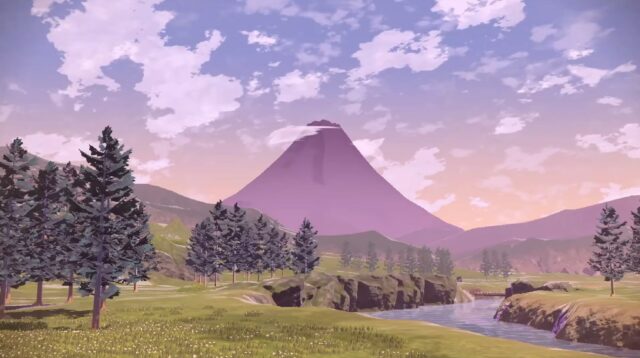 The open land beckons a trek to its focal point or anywhere in between.

Although change is sometimes disruptive, like an opening sinkhole, Arceus sidesteps such inherent pitfalls by not changing one of the Pokémon series’ staples: a turn-based battle system. While exploration in the adventure is turning from enclosed areas to open environs, the battle system remains locked in rather than upending itself to become a real-time action-based combat system, for example. Such a paradigm shift would likely prove too dramatic, sending seismic shockwaves throughout Pokémon fandom; the turn-based foundation upon which it stands remains solid. Since Arceus maintains the series’ core game elements, its open-world shift is more an evolution than a revolution, so it should receive a warm embrace rather than a cold shoulder.

While Pokémon’s gameplay traits have been largely consistent throughout the series, the recent Sword and Shield games featured something uncharacteristic: the Wild Area. This mostly open, full-3D environment spanning a sizable portion of the world map can be seen as a scaled-down testing ground prior to developing an entirely open-world game. This wide area of wilderness made gameplay more open and adventurous, which contributed to Sword and Shield’s wild achievement. Pokémon Legends: Arceus will give players similar yet greater adventure since it takes the idea of the expansive Wild Area and stretches it across the whole world map. Likewise, the game is bound for wilder success. 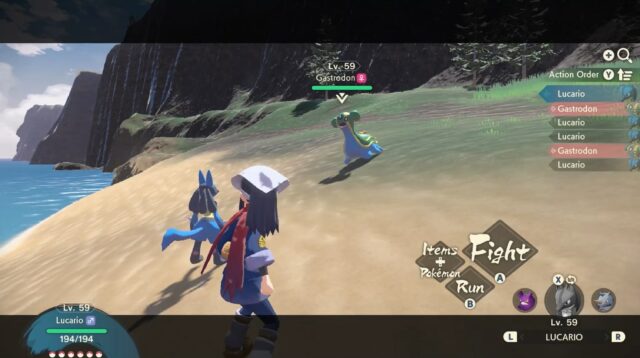 Turn-based fighting, tried and true, returns for another adventure amidst the open world.

Open exploration, though appealing in itself, is a means to Pokémon’s greatest allure. With its fully open 3D world, Arceus will push the boundaries of exploration to their greatest extents, beyond any Pokémon game before. Thus Arceus will expand on Pokémon’s core attraction: catching all the Pokémon. An entire world where players freely roam various terrain as they seek to catch ‘em all is what Pokémon is all about. Arceus’ world will allow gamers to survey numerous Pokémon to fill the extensive Pokédex with more freedom than ever. Moreover, Arceus features new Pokémon to catch, which is enough to ensure that long-time fans will likely welcome the upcoming entry in the series.

Overall, the Pokémon universe enjoys wide accomplishment across a variety of games. Commercial success is found not only in console or handheld video games but also in the mobile augmented reality title Pokémon GO and in the physical trading card game, for example. This multiplicity of media for catching, collecting, and battling Pokémon suggests that switching to an open-world video game format won’t change enough to dispel Pokémon’s charm or displease players. Indeed, Arceus may open avenues of profit for the series, delighting the fan base and catching new players alike. 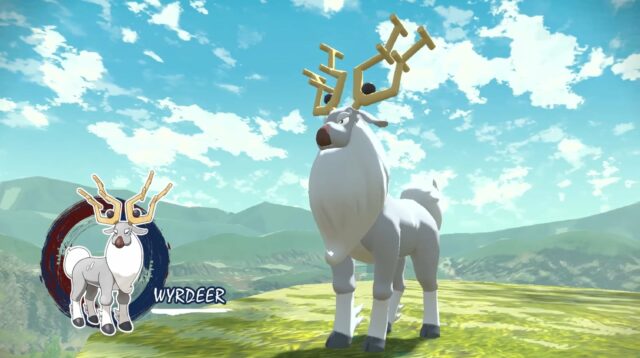 A new Pokémon to catch, if players can find it wandering the vast open world.

For all these reasons, Pokémon Legends: Arceus is an RPG worthy of eager anticipation. Granted, change for the better is risky, but the other side of the coin also holds: to not change the formula hazards stagnation. It’s time for Pokémon to open up its world of monster catching and allow players the greatest freedom to find them.

Moreover, Arceus is the best Pokémon to use for the new game since, according to lore, it is the progenitor of all Pokémon. The creative aspect of the legendary Arceus poetically befits the newly developed open-world concept of a Pokémon game in which players openly investigate the Arceus legend itself. Players should not hesitate to catch ’em all in the upcoming open, full-3D world of Pokémon Legends: Arceus.