Welcome to RPGamer’s new release round-up. In this column we look to provide our readers with details on all of the RPGs released over the week. Please note we do not currently include Early Access releases.

King’s Bounty II is a new entry in the series that combines its traditional strategic combat with open world exploration. It takes place in the threatened kingdom of Nostria, whose king has been poisoned leaving his son Prince Adrian in charge while a Blight spreads across the land. Players choose one of three playable characters — Aivar, Katharine, or Elisa — and undertake quests to help restore order and peace to Nostria.

The Stone of God

The Stone of God is a new top-down sprite-based RPG from indie publisher Aldorlea Games. It is set in a world where the Dei Lapis is a legendary stone said to have been created by the Demiurge, the creator of the universe. The game’s story picks up as the location of the stone, which is sought after by both good and evil for its power, is finally revealed. 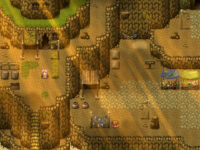 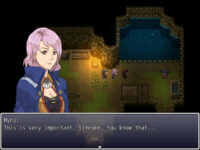 Ultimate ADOM: Caverns of Chaos is a follow-up to the original ADOM (Ancient Domains of Mystery) dungeon-crawler. Players can choose between a new graphic mode or the classic ASCII-based symbols, as well as 3D and top-down camera views.