My initial experience with Dreamscaper last year was a positive one, and the improvements Afterburner Studios has made in the intervening time have brought it along nicely.

Freedom Games and Afterburner Studios’ Dreamscaper is a roguelite action RPG combining the realms of dreams with an intimate modern-day setting. After previously checking the game out during PAX Online, RPGamer was given the chance to check out a new demo and talk to Afterburner Studios’ Ian Cofino about some of the improvements that have been made since the initial Early Access release.

Dreamscaper follows Cassidy, a young woman living in a quiet town. The game is divided into two main parts. During the day, Cassidy spends time around town, getting to know and building up her relationship with the various NPCs. At night, when she is sleeping, she is transported to a dream world where she faces the manifestations of her past trauma by traversing a dungeon made up of a series of rooms filled with encounters, puzzles, and the like, with a boss to overcome at the end. Each dungeon takes Cassidy to a particular biome based on one aspect of her memory; for example, the first biome is based on her home town. Afterburner Studios has added lots of content to the game, with the full 1.0 release including all five biomes and lots of new parts to the game’s story, though the demo was more focused on showcasing its gameplay systems. 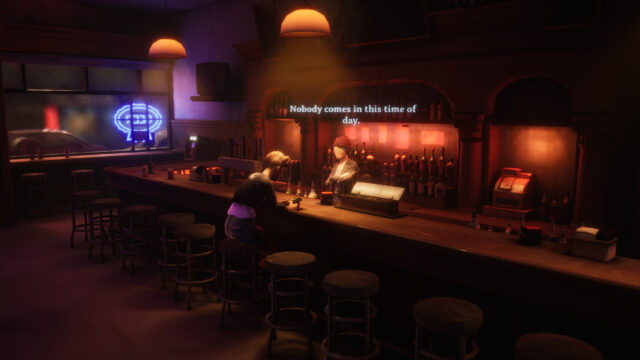 Cassidy spends her daytime in various locations around town.

The core mechanics of Dreamscaper’s action combat are all the same, with primary and alternate attacks, blocking, dodging, and special abilities all combining well for generally speedy battles and strategic boss encounters. Players start with some initial equipment, but as they advance through the dungeon in search of its boss, they pick up new weapons and upgrades. New elements to the dream world include a room where players can upgrade their current equipment or reroll modifiers, letting them stick with a particular build they enjoy for longer, as well as new types of optional puzzle rooms that help break up the combat and offer item rewards.

Afterburner Studios has replaced its original difficulty balance with a new customisable challenge system geared to help extend the game’s longevity, which should appeal to players who prefer a greater challenge. Players can now increase the difficulty of four aspects when they start a dungeon run, such as bosses or floor size, with the increase in challenge being tied to greater rewards. The game has also received a new to-do list that acts as a quest log and gives players a more accessible set of goals to help guide them. The visuals have been noticeably refined and improved and feature some beautiful locations and visual effects, while the UI has also received plenty of focus and really gels well with the overall feel of the game and its setting. 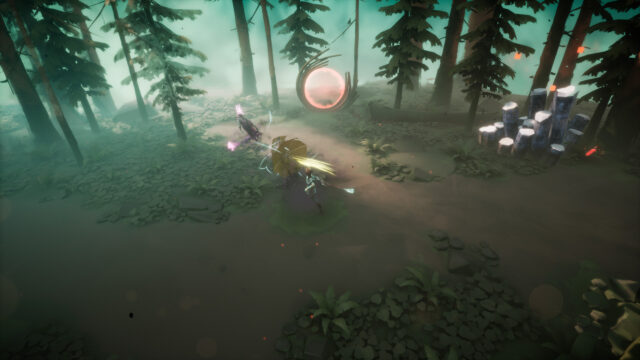 While at night she is transported to generated dungeons to face her past trauma.

Perhaps the biggest differences from the earlier version are in the day sections. Previously days were time-based and somewhat akin to recent Persona titles, where characters had their own schedules and time went by as Cassidy interacted with them, with only a certain number of actions available each day. Afterburner Studios determined this system was more of an obstacle rather than adding anything to the game, so now players can much more freely interact with the NPCs and upgrade Cassidy’s abilities and the dream world. The crafting and upgrade systems look to have been well streamlined, making sure the dungeon sections keep increasing in depth and letting players attain more useful elements for what appears during them without getting too bogged down in the process.

My initial experience with Dreamscaper last year was a positive one, and the improvements Afterburner Studios has made in the intervening time have brought it along nicely. The gameplay is appreciably easy to understand but has plenty of depth to keep it interesting. The only question that remains on my end is how the full experience and narrative comes together, but players will be able to learn the answer to that when the full PC and Nintendo Switch versions launch on August 12, 2021.