Dreamscaper certainly looks to have a very solid gameplay base, and I’m excited to see how the forthcoming additions and its narrative will build upon it.

Freedom! Games and Afterburner Studios’ Dreamscaper is a roguelite action RPG combining the realms of dreams with an intimate modern-day setting. During PAX Online, RPGamer got the opportunity to check out its Early Access version and chat to Ian Cofino and Robert Taylor from the Afterburner Studios team about some of the ideas behind the game.

Dreamscaper follows Cassidy, a young woman living in a quiet town. During the evenings, players are able to visit nearby locations, such as the café and park, and talk or offer gifts to the fairly small number of NPC characters — currently six, with a seventh being added in its upcoming Reflection update — and improving Cassidy’s relationship with them. The small number of characters, the location designs, and the music from Dale North make Dreamscaper feel like a very intimate narrative experience and the game seems very much about learning more about the characters and their histories. Its art style removes facial attributes — eyes, nose, mouth — from the character models, which is initially a little jarring, but it takes hardly any time to get used to and allows the animations and writing to take the focus. 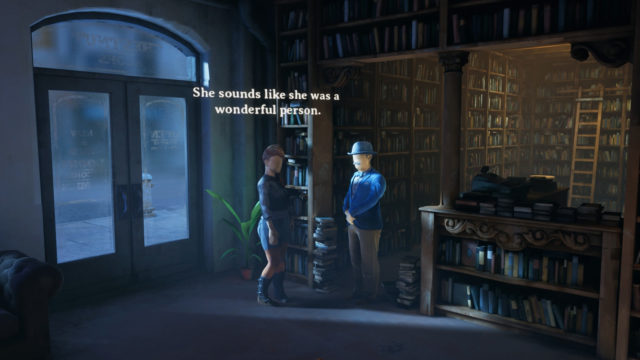 The current version is very light on the main narrative, preferring to introduce players to the primary gameplay loop, but the team will be adding many more narrative parts during its Early Access period. The individual stories currently available for the characters certainly show promise, and it’s easy to see why many players have made comparisons to Persona 5′s social links. However, Robert stated that the developers have not played it and that the gameplay loop is more directly inspired by Fire Emblem: Three Houses and its cycle of building relationships between battles.

Once Cassidy runs out of time, she needs to return home and sleep, and this is where the second half of the game comes in: the roguelite dungeon crawling. During her dreams, Cassidy enters worlds seemingly based on her past, where she must survive against creatures, traps, and other hazards trying to kill her. After completing a dream world, players are given the option to wake up or continue sleeping and advance to the next dream world right away. If Cassidy dies in her dreams, her progress through the dreams and any equipment she picked up is lost, but all of her progress from the real world is kept. Permanent progress is unlocked by the aforementioned relationships she builds with the other characters. By progressing her relationships, Cassidy unlocks new abilities, new starting gear, or new potential items for subsequent runs through the dream worlds. 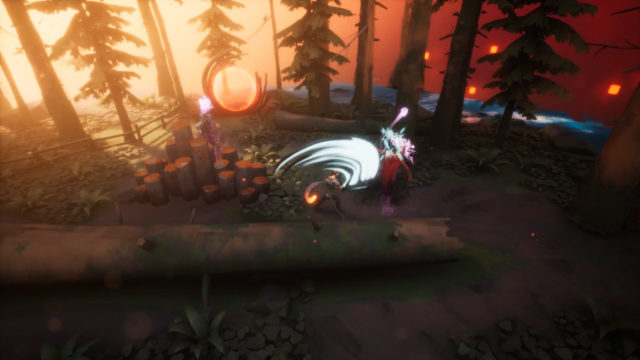 The action combat and exploration during dreams currently strikes a nice balance in pace.

The procedurally-generated dream worlds are room-based and can feature enemies, item chests, and optional puzzles. Some doors will be blocked that need bombs or keys to open up, which are obtained by defeating enemies or smashing certain bits of environment. The gameplay currently has a nice pace, letting players move quickly between areas and advance through, but it doesn’t rush things and players are free to take their time exploring all of the areas. The base challenge seems fair, but for those experiencing difficulties, there is a Lucid Mode, which makes the game slightly easier after each death in the dream world. As it stands, Dreamscaper strikes a good balance in all of its elements, with the general loop that steadily unlocks new bonuses keeping things engaging with an appreciable amount of breadth.

Feedback has been a big part of Dreamscaper’s development, with the game design having gone through multiple iterations already, and Afterburner Studios plans to keep it that way through its Early Access period. One major improvement was the direct result of feedback from its open alpha, which saw the gameplay being sped up by around 20% after a player sent in a video showcasing the improvement, despite the large amount of effort it required to rework all of the animations. The game’s initial foray into Early Access has been very well received.

Dreamscaper certainly looks to have a very solid gameplay base, and I’m excited to see how the forthcoming additions and its narrative will build upon it. The game is being developed for PC and Nintendo Switch and is expected to fully launch in 2021.