In this edition of the column we take a look at Dreamworks’ Spirit: Lucky’s Big Adventure on PlayStation 4. 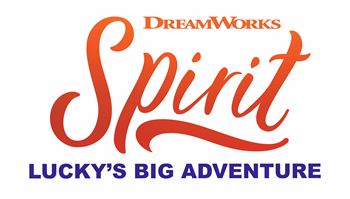 As the parent of a young daughter, I have considerable knowledge and experience with the Spirit Riding Free franchise. The Netflix digital series is a 2017 spin-off from the 2002 film, Spirit Legend of the Cimarron. The Netflix series stars teenager Lucky Prescott as she relocates to the frontier town of Miradero, where she meets the wild horse, Spirit, as well as two new friends, Abigail and Pru. On June 4, 2021, Dreamworks released Spirit Untamed, a reboot of the Netflix series which tells the origin story of Lucky and Spirit’s meeting. Who knew the Spirit Cinematic Universe would be so complicated?

I was surprised to learn of a feature film coming out. Imagine my second surprise to hear there was a licensed Spirit video game coming…to consoles!? A new movie, and a new video game? June was looking to be a big month! I’m a millennial parent, so my own childhood was peppered with trips to the movies to see the newest animated film and hopefully get my hands on the Super Nintendo or Sega Genesis games made to promote the title. Sadly, licensed titles have been relegated to formulaic mobile titles focused more on IAPs than in-game experiences. I personally blame rising production costs and the Harry Potter video games.

Lucky’s Big Adventure puts players in the shoes of Lucky Prescott, as she discovers a box of items left to her by her mother. Her father, Jim, assigns her a simple fetch quest to help open the box. Once she discovers a map inside, Lucky enlists Abigail and Pru to help her find the secret location while also investigating the shady dealings of Hendricks, a suspected horse thief and clearly telegraphed antagonist. 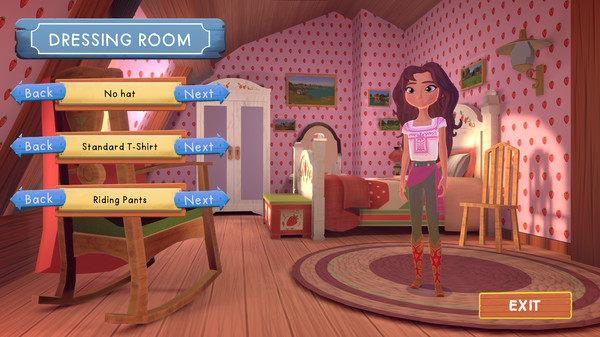 Like the Netflix series and feature film, Lucky’s Big Adventure is designed and marketed to young children (if not exclusively young girls). Combat and action sequences are entirely absent. Lucky is primarily assigned fetch quests from family and friends, requiring her to ride Spirit through Miradero and its outskirts to collect personal items and food, perform chores or even rescue animals. Lucky moves very slowly, which all but mandates players to ride on Spirit to get around. The user interface includes a compass at the top with quest markers and other indicators to make it easier for players to navigate Miradero, including waypoint markers for an added visual cue for younger gamers.

Aside from quests, Lucky’s Big Adventure also includes other gameplay types with various success. Lucky and Spirit will race Pru, Abigail, and others in Miradero, which works well in large part due to the surprisingly smooth mechanics involved in the riding portions. Players can collect clothing and accessories to change Lucky’s appearance, and the game includes a camera mode which is used a bit during some quests. Lucky is also able to groom Spirit at the stable, and to bathe, brush, and hug him. These separate mechanics flow together and provide for an easy yet entertaining gameplay loop. There are a few stealth missions which require players to follow an NPC from a distance while avoiding detection, but these are awkward and feel removed from the rest of the gameplay. 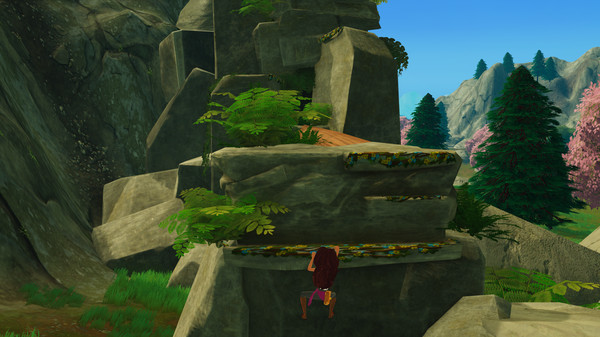 Climbing is about as action-oriented as the game gets.

The visuals capture the essence of the new film, relying on the new character models created for the film. The environments are detailed enough, although they are not groundbreaking by any stretch. Even without state-of-the-art-graphics, there was a little slowdown and framerate skipping while playing in busier areas on the PlayStation 4. Booting the game up on the PlayStation 5 generally resolved these marginal issues. The music and voice acting are sparse yet appropriate. The soundtrack fits the modern frontier aesthetic of the game and series, while the limited voice acting features the film’s voice actor for Lucky.

Dreamworks’ Spirit: Lucky’s Big Adventure is a great on-ramp for younger gamers, especially those who are fans of the Spirit franchise. Older gamers, or even younger gamers who are not fans of the series, may be better off seeking their frontier fandoms elsewhere.