NIS America announced it will be releasing The Caligula Effect 2 in North America and Europe. The game will launch for PlayStation 4 and Nintendo Switch in fall 2021. A limited edition is available to pre-order from NIS America’s online store for $99.99 that includes: 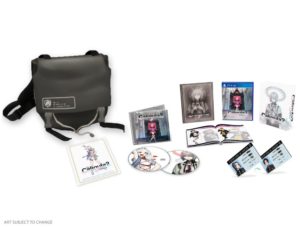 Caligula 2 features a similar premise to the previous game, with players controlling a student in a virtual academy looking to return to the real world. The game features a brand new cast with a new generation of both the Go-Home Club that is trying to return to reality and the Ostinato Musicians who are supporting the current “ideal” world. Other major characters include the virtual idols Regret, the creator of the current world, and χ (Chi), who opposes Regret. The game’s strategy combat focuses on predicting future actions and chaining combos. In addition to the western release announcement, developer Historia released a new set of Japanese screenshots for the game.