Limited Run Games has announced its physical releases for Inti Creates’ Bloodstained: Curse of the Moon 2 will be available to order at 10am Eastern time on Friday, February 26, 2021. The physical versions will be available for PlayStation 4 and Nintendo Switch in a Standard Edition and a $59.99 Classic Edition that includes: 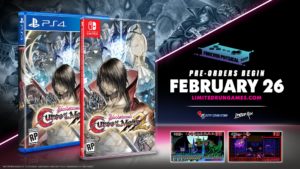 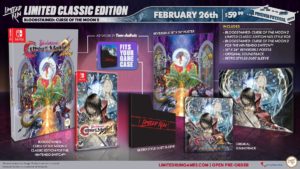 Bloodstained: Curse of the Moon 2 is a direct sequel to Curse of the Moon and a companion game to Bloodstained: Ritual of the Night. It follows the returning Zangetsu in his quest to topple demonic forces, during which he joins up with numerous characters, each with their own play style and abilities. The game released for PC, PlayStation 4, Xbox One, and Nintendo Switch in 2020.