Why Did Ya Date Me? The Legend of Heroes: Trails of Cold Steel Edition

We don’t know about you all, but we love dating elements in RPGs. Any game that allows me to pick a romantic partner is often a game that many of us gravitate towards. Picking who you date in an RPG can spark big debates, but also bigger friendships. “Why Did Ya Date Me?” is a feature for those of us who want an excuse to fangirl our RPG crushes, and justify our choices. This month, the game of choice for debate was The Legend of Heroes: Trails of Cold Steel. RPGamer staff were asked to write about their romantic partner from the first game only. Let’s see who the most datable choice was among the RPGamer staff! 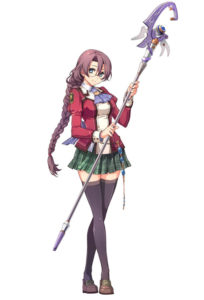 There’s only one girl for this girl’s heart, and that’s resident Class VII president and general mysterious glasses girl Emma Millstein. That isn’t to say it was love at first sight. From the beginning in the Old Schoolhouse, it was a toss-up between Emma and Laura. I mean, goodness, that blue-haired noble could bench-press me and I’d be okay with it. But after spending some time with her, Emma (and Towa for a time), there was only one choice. Of course, doing a little spoiling might’ve sweetened the deal, as I did see a screenshot of Rean and Emma together from Cold Steel II that truly showed that she is too pure for this world.

All of her bonding events also endeared me to her, especially her love of books and her attempt to help Rean understand just how “strange” she is, yet getting rebuked and shown she can still be accepted. It echoed pretty hard for me. In fact, it’s definitely a possibility I’m all for Emma just because she reminds me of, well, me! As secretive as she is throughout Cold Steel, I still can’t help but love Emma, in all her quiet, tower-propelling glory. — Shannon Harle 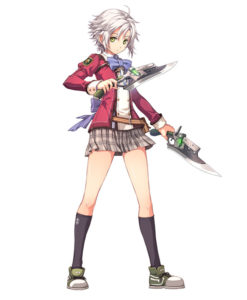 Different people get different needs met by playing video games. Some love the grand sense of adventure, some the epic stories, others the thrill of overcoming difficult puzzles or battles. For me, the amount of fun I can have in a battle system, and figuring out how to completely break said system to make battles easiest for me is where I get my thrills. Along those lines, I chose Fie as Rean’s partner in my Cold Steel story. I know she’s a risque choice, but give my reasoning a listen.

Fie’s got the magic combination in the palms of her hands. Literally, both of them. Her dual gunblades are the coolest weapon any Class VII member wields. She can either get in close to enemies and deal some slashing damage or fire from afar with shots that have a nice area of effect. The duality of those types of attacks and the related crafts kept her in my party every chance I got and kept her relevant in any battle. Second, I like the ladies that move fast and shut out other guys besides me. Fie has high speed and range stats and is always ready with a Flash Grenade craft or other skills to impede the progress of enemies. Her ability to dodge attacks is second to none. Much like myself, you could find her most days of school taking a nice afternoon nap. — Matt Masem 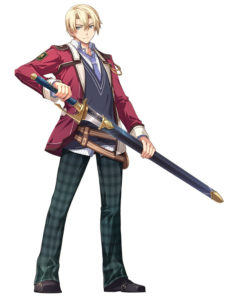 In Trails of Cold Steel, I had Jusis Albarea as my first partner. This was totally accidental, as I had also maxed Alisa and Emma as well. So, Rean and Jusis had a nice heartwarming chat instead of an awkward dance during the festival, and there were was a few other bromance moments near the ending sequences, but I figured that was it.

As I booted up Cold Steel II I got to see a Jusis’ image as Rean pondered about his missing classmates, so you know the blond bombshell is in Rean’s thoughts. Ahh, misguided puppy love. — Ryan Radcliff 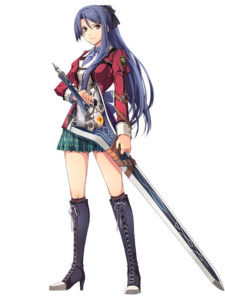 Laura got my attention simply by being the coolest member of Class VII. No one is able to compete her amazing mixture of brains and brawn. She also shows great maturity — even more than the actual adults that make up Rean’s potential love interests — shown by how quickly she makes up with Rean, as well as in how swiftly her early spat with Fie sees them becoming one of the closest friend pairings in Class VII. She may be serious most of the time, she absolutely has a softer, shown in a number of side events and conversations, made more adorable but the fact she doesn’t really know how to show it. As a general person, Laura is just great.

Laura and Rean’s relationship is defined by how much they share in common. This isn’t just in their backgrounds but also in their general attitudes, wanting to protect what’s dear to them and giving their all to do that. They are clearly able to push each other beyond what they could achieve alone and together must be set to become the most formidable duo in Zemuria. The two together can be surprisingly adorable thanks to her general inexperience with interpersonal relationships being and Rean being generally oblivious. However, it’s clear that there is mutual affection, and the two make for such a great match that gets the best out of both of them. — Alex Fuller

I knew I had to date Laura when I met in her Trails of Cold Steel. Offering a knightly persona, I always dig a woman who can kick my ass. Beautiful and intelligent, Laura is the kind of woman you want on your side in a battle, as she constantly seeks justice and doing what is ultimately right in a situation. She also gains fantastic growth in this story, particular in the chapter where she and Fie become each other’s rival, but then blossoms into a truly wonderful friendship. Laura is a woman who fears her weaknesses being used against her, and she has such amazing vulnerability throughout the story. I also love defying a game when it tells me I should date the token girl, and that’s not a dig at Alisa, it’s more that Laura has everything I adore in a female character, and given what a dolt Rean can be, it may be wise to have him date a lady who will keep him in constant check. — Sam Wachter 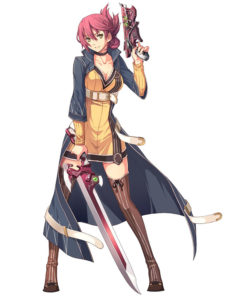 Right from the beginning I absolutely adored Sara. Sure, she likes to drink and is probably not the best teacher in the world, but she’s powerful and carries a load of experience. Class VII is much stronger as a whole because of her leadership. I know it’s totally inappropriate for a teacher and student to be involved in a relationship like that, but Sara just gives him a peck on the check and tells him to continue to grow and who knows what will happen a few years from now.

Runner up by a very slim margin is the adorable, reliable, and remarkably capable young lady student president. Seriously, Towa is great choice and makes more sense than Rean x Sara, but Purple Lightning is a helluva drug. — Robert Sinclair

We hope you enjoy reading about our dating picks from Trails of Cold Steel, let us know who you romanced! Tune in next time to see who the most popular date-able character is in Dragon Quest V!