Morbid: The Seven Acolytes Gets Physical Releases for Switch, PS4

Developer Still Running and publisher Merge Games have announced that the horrorpunk RPG Morbid: The Seven Acolytes will be getting physical editions for Nintendo Switch and PlayStation 4 when the game comes out later in 2020. A Signature Edition will include the game, a Signature Edition box, a concept art card, two enamel pins, and a CD soundtrack, with a standard edition also available. The game is also launching digitally for Nintendo Switch, PlayStation 4, Xbox One, and PC.

Morbid: The Seven Acolytes is a top-down action RPG that has players assuming the role of the last Striver of Dibrom, whose mission is to defeat the Seven Acolytes that have ravaged the world. The game features gory battle sequences, quests, a perk-based growth system, runes, upgrades, numerous weapons, and looting. 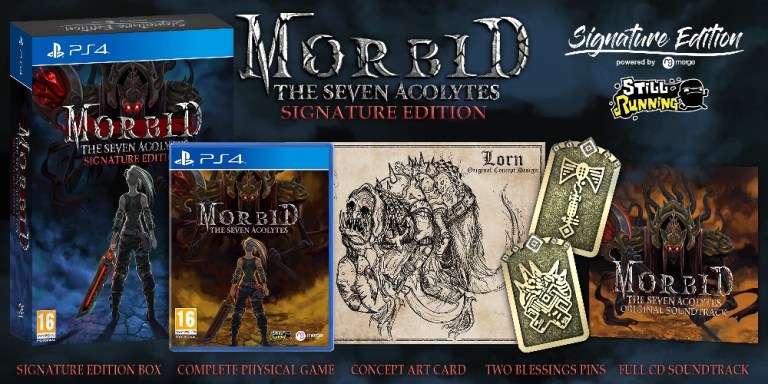