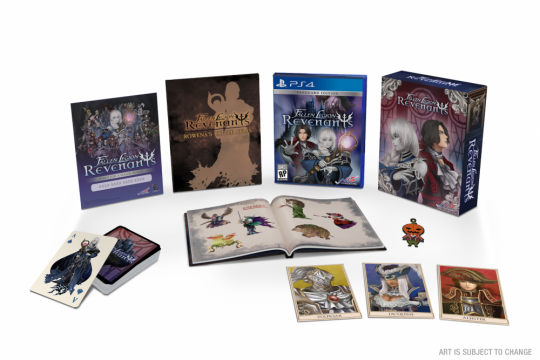 Fallen Legion Revenants is set in a world covered in miasma, with the remaining human population retreating to a floating castle. Players swap between a cunning man called Lucien (voiced by Joe Zieja) and a vengeful woman called Rowena (voiced by Erika Harlacher), as they manipulate events at the castle in addition to fighting monsters in the lands below. The game appears to have similar combat to the previous title, with players commanding a party of three fighters in side-on real-time battles.