Sega released new media for the upcoming Sakura Wars, highlighting the game’s relationship system. Through the series’ familiar LIPS dialogue system, players will be able to choose how protagonist Seijuro Kamiyama responds in events featuring the game’s heroines, potentially increasing his bond with them. Sega also released new screenshots showing some of the DLC that will be available in the game, containing accessories and costumes for the characters as well as additional background music. These cosmetic DLC items will be included as part of the game’s Digital Deluxe Edition. Meanwhile, a physical launch edition will include the game, a reversible cover, a sticker set, and access to the Theater Costume DLC bundle. 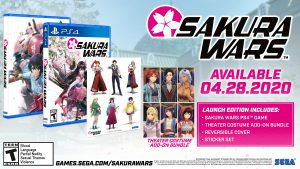 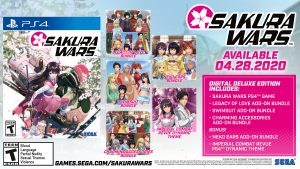 Sakura Wars is considered a reboot for the series of the same name and takes place twelve years after the events of Sakura Wars: So Long, My Love. The game features an action combat system as opposed to the tactical systems of its predecessors and will be released for PlayStation 4 in North America and Europe on April 28, 2020.