Sega has announced that Sakura Wars, previously known as Project Sakura Wars, will be released for PlayStation 4 in North America and Europe on April 28, 2020. The game will be available digitally and physically, with a physical launch edition including the game, reversible artwork, and a set of stickers. The western release will come with Japanese voiceovers and English, German, French, and Spanish subtitles.

Sakura Wars is considered a reboot of the series of the same name. It is set in an alternate world in Taisho Year 29, which would be the real-world equivalent of 1940 had the Taisho era not ended with the passing of the emperor in 1926 (Taisho Year 15). The game takes place twelve years after the events of Sakura Wars: So Long, My Love and ten years after the Great Kouma War, during which forces from Tokyo, Paris, and New York saved the world from supernatural threats. 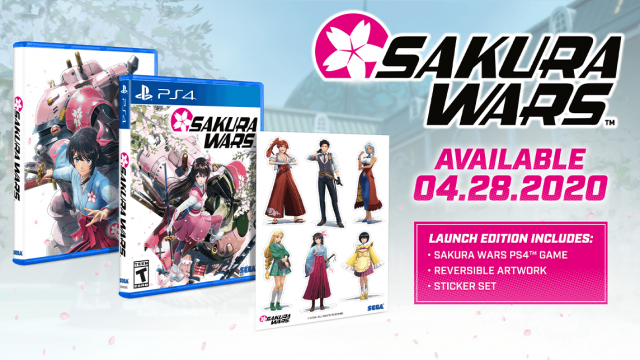