During a Letter from the Producer Live livestream at the Tokyo Game Show, Square Enix provided details about the upcoming changes and additions included in Final Fantasy XIV’s upcoming 5.1 patch. The patch is titled Vows of Virtue, Deeds of Cruelty, and is the first major update for the game since the release of Final Fantasy XIV: Shadowbringers. The update is scheduled to launch in late October 2019.

Like previous major patches, Vows of Virtue, Deeds of Cruelty will include new main scenario quests that introduce the next chapter of the Shadowbringers storyline, as well as a new dungeon, The Grand Cosmos, which can be undertaken with an NPC party using the Trust system. The update will also include the first part of the YoRHa: Dark Apocalypse 24-player raid series that ties in with NieR: Automata and was created alongside NieR: Automata producer Yosuke Saito and director Yoko Taro. The first part of the raid series will take players to The Copied Factory and will introduce the character 2P. It will also feature music from NieR: Automata composer Keiichi Okabe. 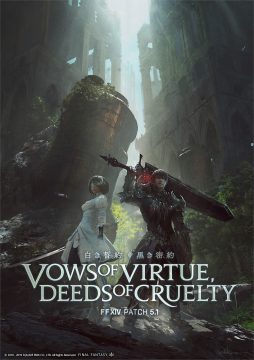 Final Fantasy XIV’s New Game Plus mode will make its debut in patch 5.1. The mode lets players go through previously completed quests and redo cutscenes, dialogue, and battles otherwise unavailable. Patch 5.1 will let players undertake main scenario quests for Heavensward, Stormblood, and Shadowbringers. Main scenario quests for A Realm Reborn will be added in a later update alongside class, job, role, Chronicles of a New Era (raid series), and side story quests. When players set themselves to New Game Plus mode they can only progress through quests specific to the mode. In addition, each chapter of quests must be played from the beginning. For example, the Heavensward content is divided into four chapters: Heavensward Part 1 (3.0 content), Heavensward Part 2 (remaining 3.0 content), Dragonsong War (3.1 to 3.3 content), and Post-Dragonsong War (3.4 to 3.5 content). Battles in New Game Plus mode will be level-synced, no quest rewards will be provided, and there will be a single auto-save slot for New Game Plus progress.

The 5.1 patch will introduce some of the promised changes to Final Fantasy XIV’s crafting and gathering classes, with others to follow in patch 5.2. The changes are geared towards making them easier to get into for new players, including more informative UI elements. For crafters, multiple actions will be adjusted, while others will be removed, and Quick Synthesis success rates and the Desynthesis system will both undergo tweaks. Gatherers will also have multiple actions, with changes coming to the Unspoiled Nodes system. The Stealth action will be replaced by a new Sneak action that can be used while being mounted and which doesn’t affect movement speed. There will also be adjustments to gathering rates and item yields.

Crafters and gatherers will also be able to participate in the restoration of Ishgard. This will see players working together to build the Firmament through various tasks such as item deliveries. The restoration will be unique to each world, so some worlds will progress at different rates depending on how many players are accomplishing tasks. 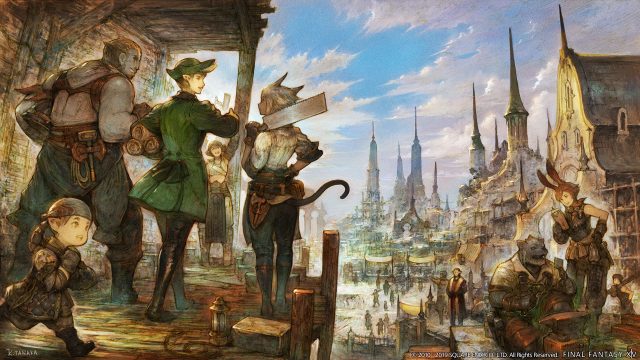 Players will be able to join another type of casual community, on top of Free Companies and Linkshells, called Fellowships. These are groups of up to 1,000 players across multiple worlds on the same data centre. Fellowships are designed to make it easy to organise events or dungeon runs, with players able to be a member of up to ten Fellowships at once. Each Fellowship will get its own notification board, poll with up to five options, and a message board that stores the last 100 messages.

Patch 5.1 will also include the first major updates for the special Blue Mage limited job. The update will increase its level cap to 60, in addition to adding a new job quest and new spells. It will also add the Blue Mage Log, which offers challenges and rewards. Finally, the patch will include the Pixies Beast Tribe quests, a new Extreme trial, PvP updates, performance action updates, job adjustments, Gold Saucer updates, and system updates.

Letter from the Producer Live Full Replay (Japanese audio only)