It’s hard to explain Iron Danger in a single sentence, but perhaps the easiest and most confusing way to do so would be to call it a tactical RPG with heavy time manipulation mechanics.  The description piqued my interest, and the time absolutely melted away during our demo while exploring the interesting way time flows within the game. 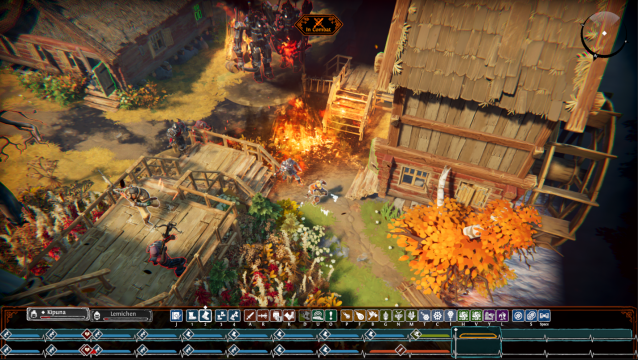 Based off modern Finnish folklore, the main character has a giant glowing nail jammed through the middle of her chest, which has given her a small amount of power over the flow of time — about five seconds, or ten heartbeats in total.  Taking cues from popular media like Back To The Future or Groundhog Day, players must use their experiences to rewind time to get the best outcome for their situation.  Each level is self-contained and has a specific goal in mind, such as defeating all enemies or finding magical shards before the bad guys (Northlanders) do.  Typically, each level is expected to take about 30-45 minutes, with length depending entirely on a player’s strategy, though the demo presenter shyly admitted with ample experience and practice he’d gotten some levels down to as little as 4 minutes!  That being said, with nearly 30 levels to complete, the game packs in plenty of content.

Players begin gameplay in Adventure Mode, which allows them to freely wander a stage until the party is spotted.  Then the game flips over to Trance Mode, where Kipuna’s time-bending abilities shine as much as the nail in her chest does.  Quickly surrounded, time was reversed until the two heroes were in the clear.  Instead of running forward, they darted to the side, throwing a barrel at the enemies in the process and casting a fire spell to blow it up.  Unfortunately, that also blew up my characters…rewind.  Slowly, step by step, a battle was designed iteratively — my characters dodged and weaved, casting fire spells and shooting arrows, until I managed to not only take down a dozen foot soldiers but a giant mech that was accompanying them. 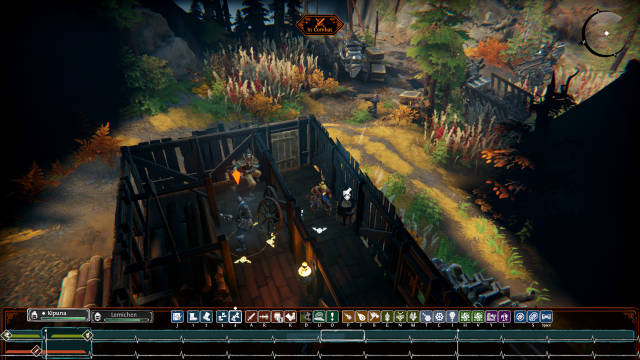 Later, a second level focused more heavily on puzzle solving — having to attack a ranged caster surrounded by pits too large to jump over, then figuring out how to sneak around another set of enemies to drop a large weight on their heads.  Each time, it was really satisfying to see a plan come together…even when it failed hilariously and had to be re-scripted.

Limited to just two characters at any given time (though which characters are present is determined by the story), players must carefully consider their actions as the odds are always stacked in favour of the enemy, and resources to combat these hordes are limited.

Despite all the game demos I’ve had over the years, Iron Danger feels different from anything I’ve played before, while still maintaining easy-to-understand, familiar mechanics from tactical RPGs.  While the game is still in development, the team is shooting for an early 2020 release on Steam and GOG.com, with console releases to follow on PlayStation 4 and Xbox One after that. 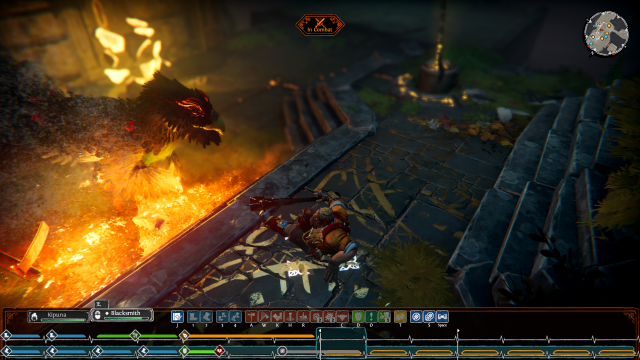