NIS America has announced Disgaea 4 Complete+ for Nintendo Switch and PlayStation 4. The new version of Disgaea 4: A Promise Unforgotten will include all of the additional characters, story content, and DLC released for the game, alongside new, currently-unspecified functionality.

Disgaea 4 Complete+ will be released in fall 2019, digitally and physically. A standard $49.99 “A Promise of Sardines” edition will include a copy of the game for PlayStation 4 or Nintendo Switch, a shiny motivational bookmark, a Valvatorez Cam-pain double-sided poster, and a reversible cover. Meanwhile, a $64.99 “HL-Raising Edition” will include all the contents of the standard edition plus a hardcover art book and an official soundtrack CD. The HL-Raising Edition is available to pre-order from NIS America’s Online Store. 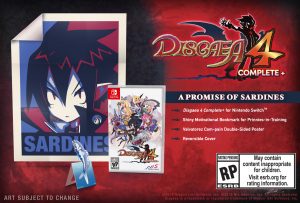 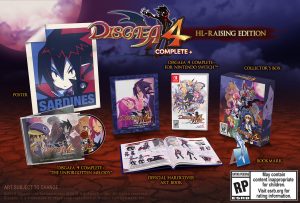