“Now, after many sequels, imitators, and memes, the original returns in refined form on the portable-friendly Nintendo Switch.”

As an unofficial follow up to the surprise hit Demon Souls, Dark Souls smashed the player-friendly conventions of the day and brought an old-school style difficulty approach to the masses. Now, after many sequels, imitators, and memes, the original returns in refined form as Dark Souls Remastered on the portable-friendly Nintendo Switch. Taking the tweaks from the remastered releases on PlayStation 4, Xbox One, and PC from earlier this year, it was a joy for me to return to the game I reviewed, and continued to play for years after. 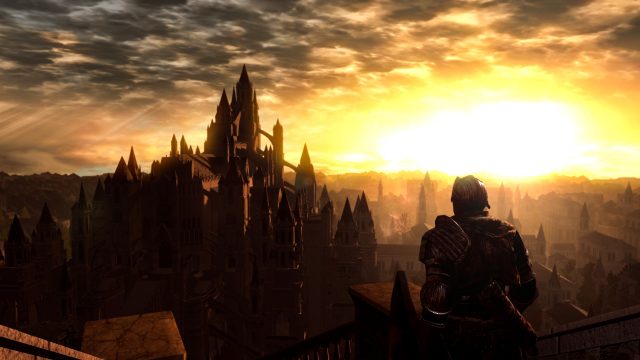 Anor Londo, now on the go!

One of the new features to the game is, of course, amiibo support. While the amiibo itself — of fan-favorite character Solaire of Astora — is quite nice, what it opens up in the game was quite disappointing.  It simply unlocks the “praise the sun” gesture, which is easy enough to find in the game already. Granted, it gives the player access to it much earlier than normal, but given the cool things amiibo have unlocked in other games, this addition feels like a crushing disappointment. At least Bandai Namco was never misleading about this, but fans hoping that additional amiibo functionality was added in during the long delay for the Switch version will be left wanting.

This, in essence, is the good and the bad of Dark Souls Remastered. It’s the full Dark Souls experience on your Switch, at the original release’s thirty frames a second, without slowdowns that could occur especially in the infamous Blighttown area. There’s no noticeable difference between playing docked or undocked, which given that a big draw for this version is portability, is quite important. In fact, with a frame rate matching the original, and lacking the odd lighting effects added to the other versions of Dark Souls Remastered, it ends up being the best version of the bunch. Players get the original Dark Souls experience with a more consistent frame rate. 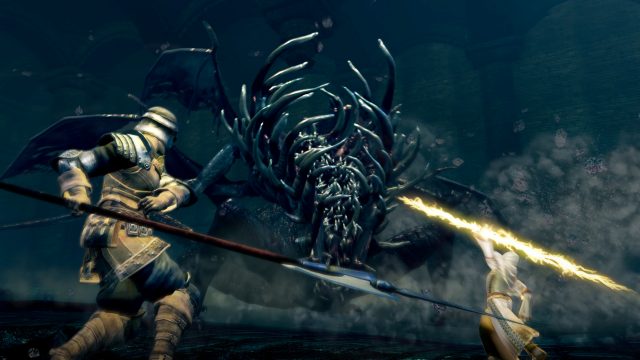 As horrifying on a small screen as it is on a large screen.

This of course, brings up the bad of Dark Souls Remastered. You get the original game, and nothing more. While past remasters really leave no expectations that a remaster of Dark Souls would add anything to the experience, Dark Souls II: Scholar of the First Sin set pretty high expectations as far as re-releases go. That release brought Dark Souls II to the next generation of consoles with a vast list of tweaks and updates to refine an already brilliant game. Fans who have already played through Dark Souls a number of times may find the lack of anything new disappointing.

All that aside, the additional development time porting Dark Souls to the Switch appears to have paid off. In my time with the game so far I’ve hit no crashes, and could find no trace of any slowdowns even in the notorious confines of Blighttown. I even fired up the PlayStation 3 version for comparison and found the frame rate more uneven than I remembered. While it may not have all the graphical bells and whistles of the Xbox One and PS4 versions, the Switch version stays truer to the original release, with the added benefit of portability.