Compile Heart has released two new trailers for its upcoming title Arc of Alchemist. The first of the two videos focuses on exploration in the game’s desert setting, where players can use their equipment and skills to overcome obstacles that prevent access to various things. The other video, meanwhile, shows the game’s action combat system.

The developer also introduced four more characters to the game, who join protagonist Quinn Bravesford. Axel Darion is Quinn’s second-in-command and a powerful knight. However, his infatuation with Quinn leads to him being a bit nosy. Meanwhile, Micah Schneider is a knight who acts in support of Axel. Micah is the most upfront member of the group and often plays the role of stright man to Axel. Rune Fontaine is the team’s cleric. She is friendly and also good at both sewing and cooking. Finally, Jester Silverhawk is a scout and information gatherer. He was a part of a previous failed investigation team twenty years prior. 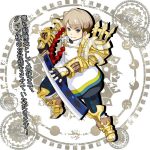 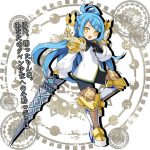 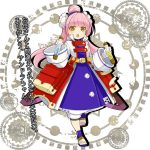 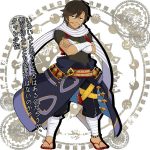 Arc of Alchemist is set to be released in Japan for PlayStation 4 on November 29, 2018, and sees the developer team up again with Yoshitaka Amano for its concept art after he previously contributed to 2013 title Fairy Fencer F. No announcement has been made regarding a western release.